The Troubling Connection Between Women and Student Loan Debt 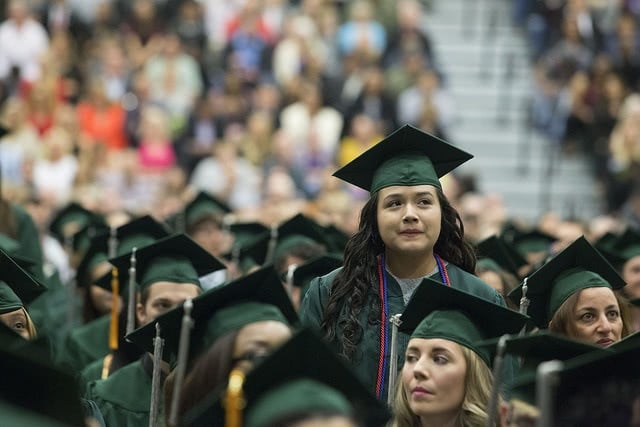 There are a lot of statistics you can look at when it comes to student loan debt, but you may be surprised to learn that there is a big gap between men and women’s debt. Women actually tend to have more student loan debt than men. There are a few reasons behind this, but there is no denying it is an extra burden.

More Women Are Going to College

When it comes to Bachelor’s degrees, more women than men are going to school. Women make up 56% of these degrees, so it does make sense that women would have a bit more debt than men. However, women hold about 65% of the over $1.3 trillion dollars that accounts for student debt, so there are more reasons for the difference.

Even with a degree, women do tend to experience the pay gap. Bachelor’s degrees are absolutely a way to increase pay, but it doesn’t change the fact that white women usually earn 81 cents to every $1 a man earns. When it comes to minorities, the gap widens. It’s estimated that women actually need one more degree than men to earn the same pay. To clarify, it’s believed that if a man has an Associate’s degree, he will earn the same amount as a woman with a Bachelor’s.

This pay gap has even bigger repercussions for paying off the amount. Not being able to pay off debt as quickly, interest accumulates. Even if a man and a woman had the same debt at graduation, it’s highly likely that the woman will have to pay more in the end due to that extra interest. Because of this, it generally takes women an extra two years to pay off that debt.

Another saddening reality is that parents are paying more for their sons’ educations than their daughters’. A study by T. Rowe Price found that 75% of parents with sons were more concerned with saving for their education than retirement. However, when you look at those with daughters’, that number dropped to 60%. In the end, fewer than 35% of households had saved for their daughters’ further education.

On top of this, those with sons were 50% more likely to cover the entire bill when it came to school.

Even though there are more women attending college than men now, it seems that the view on gender equality has not quite caught up with furthering education, job positions, and job pay. These old viewpoints are no doubt hurting women, in their careers, savings, and retirement, by saddling them with extra debt.

How Women Can Take Charge of Their College Finances

The key for anyone to manage their finances is by educating themselves on their options. Scholarships and grants are by far the best way to pay for a college education. There are countless opportunities available from the federal government, the colleges you attend, and outside organizations.

Too many students avoiding filing the FAFSA, which would make them eligible for federal financial aid (and other gift aid opportunities). No matter what, file the FAFSA every year!

When it comes to student loans, always go federal first—they tend to have lower interest rates and more flexible repayment plans than private student loans. Additionally, make sure you do plenty of research to find a loan and repayment plan that works best for your situation. College Raptor can help with that! Use our free Student Loan Finder to compare interest rates and lenders side by side.

The world has come a long way in terms of gender equality, but it still has a long way to go—and education is a fantastic way to start making things better.