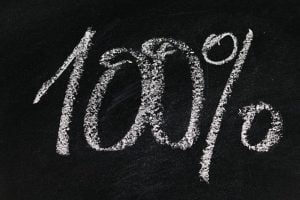 A great man named Jay-Z once said, “Men lie, women lie, numbers don’t.”  This mantra seems to hold true in nearly all areas of life, especially when it comes to the hot-button issue of student loans. As student loan debt and financial aid has recently become a polarizing—and often politicized—issue, the most straightforward information often comes from the data itself. Here’s a short list of statistics about student loans and the various sources of financial aid for students.

We’d also like to remind you to file the FAFSA so that you open yourself up to federal student loans and institutional aid. It doesn’t matter if you don’t think you qualify; do it anyway! It doesn’t hurt to file the FAFSA and you never know what kind of offers you’ll receive. Apply for scholarships, big or small, or even full-ride scholarships. Just don’t apply to one scholarship and hope for the best, especially if it’s very competitive. Scholarships are a great way to fund your college education, since it’s essentially free money.