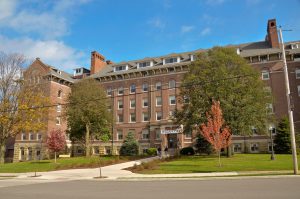 Money, money, money, money. Cost is one of the most important factors to consider when choosing a college. It could mean the difference between graduating with a mountain of student debt, or very little/none at all. Your job as a prospective student is to do thorough research.  Find out as much as you can, break down loudmouth exactly the numbers and decide what works best for you and your situation. This can also lead to other questions, like should you go to a public school vs. a private one? Is one really more affordable and “better” than the other? Luckily, you don’t have to answer that on your own. We’re here to help and hopefully debunk the myth.

The notion the private schools are so much more expensive than public schools is not new. However, with the cost of college rising in many places, the thought may be a little outdated and not necessarily the case. For example, tuition and fees at a public four year college average about 8,000 less per year than a private one. This is according to statistics from the 2011-2012 school year published by College Board. The total cost of attendance between the two is roughly 17,000 for in-state public school students and 39,000 in-state private school students respectfully. That’s a difference of about 21,000 dollars. Which at first glance, seems like a lot.

Jump into next semester with a no-fee, flexible private student loan

So, how does that happen? The main difference between public institutions and private institutions is how they are funded. Most public institutions are funded by the state government which means they foot the bill for the majority of its operating costs. This money allows them to keep tuition at lower costs. Private institutions don’t have that luxury. They don’t receive public funding, so they depend solely on you paying your tuition and the private contributions of others like alumni for example. Tuition rates are usually the numbers that impact students the most, so that’s why we often see a huge difference between them.

Another important part of determining college costs, is financial aid. Your financial aid options sometimes make the difference between public and private as well. In both cases, both types of institutions offer scholarships, grants and other forms of aid so your wallet isn’t hit that hard. Usually when you’re accepted into a school your acceptance package comes with financial information (an award letter) that lays out exactly what they’re offering.

Even if you’re just interested in a school and gathering information, be sure to speak to someone about that. If they do offer scholarships and grants, see if they are renewable each year. Inquire about work-study if you’d like to work while in school. There’s a lot of opportunities to make college more affordable if you’re willing to take your time and look for them. The more free money you can find now, the less debt you’ll wind up with later.

Is it worth it?

Keep in mind that the total cost of college is not based on strictly facts and figures alone. Before you commit to any place, you have to determine the value for the money that you’ll be paying. For example, what if a school you’re considering is public, very affordable, but they don’t have your major? Or, you may have your eye on a private school but the neighborhood/area it’s in isn’t the greatest. You may want a school with a lot of spirit and options to be involved on campus.

Things like environment, extracurricular activities, class size, all those things have to be taken into consideration as well. They also vary among public and private schools. In public institutions, class sizes can be as large as 100 students or more depending on the course. On the other side, private schools tend to have smaller class sizes and more tightly knit communities as a whole.

Think of the cost of college as an all-inclusive package. That means every detail matters. It’s your responsibility to sit down and determine exactly what you want out of a school and your goals before you commit to spending money.

Another good thing to be mindful of, is that no matter where you go public or private, it’s basically the same education. Obviously each institution has its signature things that make it unique. However, it’s not that different. Be careful not to get your heart set on a big name school or discount other places for that reason. Remember, the overall goal is to graduate in four years with a degree, not to brag about where you got it from. As long as you do that, the where is not really relevant.

Don’t be afraid to mix up your college list either. By that we mean, explore all your options.Maybe have a list of five schools with three public if that’s your preference and two private. Or three private and two public, whatever combination you decide works. Be open minded and get as much information as you can before you sign on any dotted lines. We can’t stress that enough.

At the end of the day…

To some, college is the greatest investments you will ever make. However, that doesn’t mean you have to break the bank to do so. Is public school more affordable than private? The numbers seem to say so. But, a bigger price tag doesn’t always mean better and vice versa. You can spend as little or as much as you choose, but if you don’t get what you want out of it there’s no point. Public or private, more affordable or not, doesn’t matter as much as being happy with your decision in the end.

Concerned about college costs? College Raptor’s free match tool can compare college costs and show you how much you can save at nearly every college in the United States!

Advertisements
College Raptor is not a loan lender and does not assume responsibility for suggesting a loan to a user who may not be eligible for it. Rates, terms, conditions, eligibility, approval, and other considerations are the decisions of the lenders and may vary depending on which lender or marketplace the user selects. We urge users to carefully consider and review all loan options and terms before committing to taking out a loan. 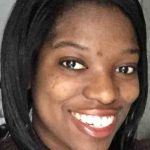 By Jasmine Barnes
Jasmine is a College Raptor guest contributor! She hopes to give helpful advice to students entering college by sharing what she wished she'd known before her own college career.