Home » Paying For College » Questions & Answers » What Happened to the Perkins Loan?

What Happened to the Perkins Loan? 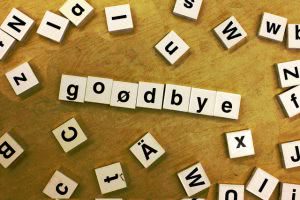 On September 30, 2017, after sixty years of operation, the Federal Perkins Loan will cease to exist. The program’s shutdown has been in the works for sometime. Originally, the death of the Perkins Loan was scheduled for two years prior, September 30, 2015, but a piece of legislation, the General Education Provisions Act, extended its lifespan for two years. This allowed for the program to have a slower, “winding-down” period as opposed to shutting down instantly, letting grandfathered-in Perkins clients finish their payments before shuttering for good.

The cessation of the government’s oldest and most popular student loan program seems like it should be garnering more news coverage. Named for Carl D. Perkins, a US House of Representatives member from Kentucky, the program was established in 1957. The plan is known for its fixed interest rate of 5%. This rate sits in between the current federal rates for direct subsidized loans and unsubsidized undergraduate loans (4.45%) and direct unsubsidized graduate loans (6%).

What was the Perkins Loan?

Perkins Loans were often preferred for being straightforward and easy to understand, especially compared to more complex loans offered by the Department of Education. The loan is subsidized, meaning that the borrower will not have to pay any interest until he or she begins to pay the loan off in full. Additionally, while most loans require repayment to begin six months following graduation (a student loan grace period), Perkins Loans don’t ask for the process to begin for nine months, giving new graduates time to get on their feet. As any recent grad knows, six months can fly by when you’re interviewing for jobs and struggling to make an extra buck in the meantime.

With private loans becoming more prevalent, as well as the rising popularity of other government loan programs, the Perkins Loan is generally seen as obsolete, especially its fixed interest rate, which is higher than direct loans of the same type for undergrads. Funding for the loan has not been renewed since 2010, and the average loan of $2,000 is almost half the average for direct subsidized or unsubsidized loan. Other loan programs offered by the DoE seem to offer a better lending experience for students, and the Perkins Loan has dropped in popularity as a result.

Simply put, the Perkins Loan has fallen by the wayside. Like the Apollo Program that came before the Space Shuttle, Perkins Loans are no longer necessary in a world where other options exist. However, unlike space technology, student loan debt has a profound impact on the day-to-day lives of the average American. The shutdown of the Perkins Loan isn’t the end of the world, because similar programs with lower interest rates already exist, open to students every year, but the Perkins Loan was an important part of the college experience for generations of adults.

Any chance for the Perkins Loan to continue?

Earlier this year, six congresspeople, Reps. Mark DeSaulnier (D-CA), Mark Pocan (D-WI), Louise Slaughter (D-NY), John Duncan (R-TN), Ileana Ros-Lehtinen (R-FL) and Elise Stefanik (R-NY) introduced a bipartisan bill to extend the the Perkins Loan for two more years. The bill is currently in front of a committee, but its chances of passing are considered very low. If the bill fails, which it is likely to do, the Perkins Loan will quietly disappear. However, those who were helped by the program will always appreciate its influence on their lives, and the government’s other federal student loan programs will continue to disburse funds, as they always have.