Home » Getting In » Questions & Answers » Do Colleges Know What Other Schools I’ve Applied To?

Do Colleges Know What Other Schools I’ve Applied To? 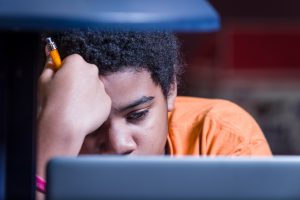 You might apply to many, but in the end, you only pick one. Students have many concerns as to what might hurt or help their chances of being accepted. One such concern is: do colleges know what other schools you applied to?

For the most part, the answer to this question is: no. College admissions officers don’t have secret meetings to gossip about which of the incoming freshmen applied to their schools. They are much too busy reviewing applications for that.

Some worry that having schools know about the half dozen or so other schools they’ve applied to will give the impression of indecisiveness, or desperation. Even if admissions officers DID see the different applications per student, they likely wouldn’t think poorly of the applicant themselves.

It’s not always the case.

Note, that we said “for the most part” earlier. Some transcripts will have notes about the activities of that particular applicant, including when and where they sent their applications. This, however, is relatively rare and doesn’t affect their chances of being accepted.

Some colleges will ask what other colleges the applicant is considering or applying to—but this is less about the students and more about the colleges themselves. This is a way to gather data that they can utilize in their marketing and recruiting campaigns. It isn’t really to fuel any sort of rivalry and it won’t affect your chances of getting into those schools.

Some schools can ask.

In this same vein, the Common App allowed colleges to ask students what other schools they were applying to. This was met with mixed reactions and some criticism—some argued that colleges were using that information to reject some applicants or minimize financial aid packages—but not all colleges ask this question.

There is a group of highly selective colleges that shares their Early Decision student list among each other, but only AFTER those students have been accepted—so no worries about affecting the odds there.

But again, for the most part, the answer to this burning question will be: no. And even if it’s yes, it’s unlikely to be used to reject an application. But these are good things to keep in mind while applying for colleges.