Home > Getting In > Myths > Myth: My College Application Essay Has to Be Super Serious

Myth: My College Application Essay Has to Be Super Serious 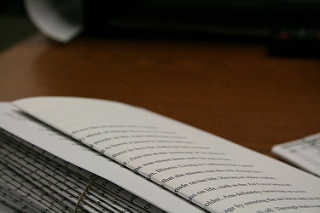 The college search is pretty serious, working hard to earn good grades is serious, getting accepted (or rejected) by colleges is serious, so it would make sense that people would think that the application essays would have be serious too, right?

Your essay doesn’t have to be super serious.

Not entirely true. While you should definitely take the essay seriously, the subject itself doesn’t have to be grim or boring. The whole point of this essay is to show the admissions officers that you are a person–not just test scores, not just a GPA, not just a certain demographic. This means its time to showcase your personality, and odds are you are more interesting than a piece of cardboard, so show it!

Don’t be afraid to inject a little humor into your writing (that is not to say to do a written stand-up routine, though, still stay on point). Being funny is a great way to be memorable. For example, my best friend wrote an essay about how she started a ribbon-dance team at her school–it started as a joke but she and her friend got really into it. They made t-shirts and performed at school assemblies and everything. The point is: she created a memorable essay that amused and engaged the reader. In fact, she was accepted into Georgetown and they said to her: “Your academics are adequate, but we actually accepted you because your essay about how you formed an ironic ribbon dancing team was hilarious.” Sometimes being the class clown does pay off.

Write an interesting essay that reflects you!

The thing is that most admissions officers have read hundreds, if not thousands of essays. To make yourself stand out, you’ll have to think outside of the box. Start with a dramatic hook right off the bat to really catch the reader’s interest. The starting sentence is paramount, it is the set up for the whole rest of the paper. It’s your first impression, so make it a great one!

Try to find a unique topic that highlights desirable qualities about yourself. Colleges are interested in leadership, community involvement, academic rigor, perseverance, passion, and likability. Just brainstorm to get the ball rolling: what’s something you’re a part of that’s unusual? What bizarre things have happened in your life? What’s an accomplishment you’re ridiculously proud of?

My younger brother is currently going through the application process as well, and he’s most concerned with GPA and class rank–which are important, to be sure, but not the only determining factor. One of his top colleges responded to his email and said about the application essay: “The contents of a student’s essays, in addition to demonstrated writing fluency, convey to us the applicant’s creativity, uniqueness, character, and intellectual vitality. We look for strong leadership qualities, intellectual curiosity, as well as a student’s potential to make a significant, positive contribution to the [college] community.”

Use your essay to showcase yourself.

So you see, essays are more important than you might have thought before. In terms of my friend, the essay is what truly sealed the deal and got her accepted. Use your writing to showcase your talent, personality, and achievements. Humanize yourself. Show them why you’re an interesting candidate, and why having you on their campus would be mutually beneficial.