Home > Getting In > College Admissions > What Does Early Admissions Mean?

What Does Early Admissions Mean?

Early admissions in regard to college refers to the early application processes, generally known as Early Decision and Early Action. Here’s what you need to know about it, the benefits, and whether or not you should apply to college under early admissions.

What Does Early Admissions Mean? 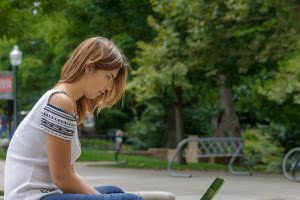 Early admissions means the process of applying to college early and can refer to either “early action” or “early decision”. Not all schools offer this college admissions process, but those that do tend to have deadlines set on either November 1st or 15th. Students will also hear back sooner than those applying under regular admissions – usually around mid-December.

However, there are differences between early action and early decision that you need to know.

Early Action refers to simply replying early and hearing back early. It is non-binding, and students can apply to other colleges under Early Action or regular admissions. In most cases, accepted students won’t have to give their decision on whether or not to attend until May 1st.

Early decision, however, is a binding contract. If you are accepted to the school, you must attend the following fall. There are very few acceptable reasons to back out of the contract. Deposits are due shortly after you receive an acceptance letter in December.

What Are the Benefits and Downsides of Applying Under Early Admissions?

There are pros (and cons!) to applying through early action and early decision! Here are just a few you need to know.

Pro: You Can Increase Your Chances of Admission

Applying under early admissions lets the college or university know that they are your first choice. You are telling them that you are serious about their school, and extremely interested in attending. This, in turn, could increase your chances of getting that acceptance letter in December.

Pro: You (Potentially) Get Your College Applications Out of the Way and Hear Back Sooner

f you receive an acceptance letter under early admissions, you could just be done with the college application process early, especially if you applied under early decision. While other students are tackling their applications, you can sit back and focus more on your senior year. This definitely cuts down on stress.

Hearing back sooner can also be a huge benefit. You won’t have to wait until March to start getting decision letters! In addition, this means you can start planning earlier.

Con: You Have to Finish Your Applications Faster

While getting your applications out of the way is definitely a benefit, there are also downsides to it. It means you have to gather all your materials, from your essay to letters of recommendation, much faster than students applying under regular decision. This can prove difficult for some students.

Con: You Might Not Get Financial Aid Packages Right Away

Students accepted under regular decision usually receive financial aid packages with their acceptance letter, if they qualify. However, that isn’t always the case with early action and early decision letters. You likely won’t get an offer for a few months, so it could affect your college planning and cause you to delay a decision.

Should You Apply Under Early Admissions?

It’s important to give early admissions some thought! It’s not for everyone, but here are some things to consider for both early decision and early action.

Should You Apply Under Early Decision?

You should only apply to a college under early decision if you are absolutely sure it is the college for you! As mentioned previously, there are very few reasons a school will let someone back out – and financial reasons are rarely one of them. If you are needing a financial aid package from the college in order to attend, it might not be a good idea to apply under early decision as you could end up not getting the money you require.

Should You Apply Under Early Action?

If you’re pretty sure you know what college you want to attend, early action may be a good idea! Since it’s non-binding, you can always apply to multiple schools through early action or regular decision. The only downside is you will need to get your application in a little earlier.

Whether or not you apply to early admissions is completely up to you! If you are interested in either early decision or early action, make sure to check your college’s processes. Schools can have different applications, deadlines, and terms, so it’s important to understand exactly what to expect! If you have any question’s about a college’s admissions and applications, be sure to reach out to the admissions office as soon as possible.

Use our FREE College Match Tool to search to find your perfect college match based on GPA, majors, location, test scores, and culture.