What You Need to Know About the College Admissions Cheating Scandal 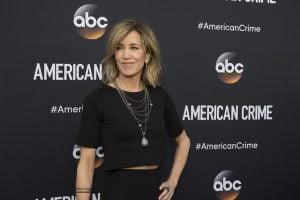 (3/28/19) You’ve probably seen the college admissions cheating scandal in the news recently. Several students received guaranteed admission to colleges around the country after parents spent money to ensure their acceptance.

Here’s what you need to know:

What Did the Cheating Involve?

There were a few different types of cheating going on. One method would allow students to get into the college under the idea that they were a recruited athlete. However, most of these students don’t play sports, but were asked to attend orientations for the sport anyway.

The second method helped students cheat on their standardized tests (the SAT and ACT). Students would either receive outsource results (where the test was actually taken by someone else). Or pretend they had a disability in order to get more time on the test. Many students say they weren’t aware they cheat, or of their parents’ payments.

Who Was Involved and Who Was Charged?

Parents involved in the scandal paid between $200,000 and $6.5 million to ensure their child was admitted to a particular college. Many of which were very selective universities. Schools who were involved include:

However, the schools are not the center of the investigation and no students have been charged. William Rick Singer was accused of being the scam’s mastermind and has since pleaded guilty to various charges including racketeering conspiracy, conspiracy to defraud the United States, obstruction of justice, and money laundering conspiracy. Total, he received about $25 million for the scam and he could serve up to 65 years in prison.

A total of 50 people have been named as participants in the scandal, including CEOs, Hollywood stars, ACT and SAT administrators, coaches, and others. Some famous names include:

What Are Schools Doing in Response?

The eight schools that were named are looking into the scheme and the approaches to the problem vary. Some have resulted in firings of coaches, while others have been put on leave. Additionally, universities may deny admission to students connected to the scandal.

Many of the universities are also conducting their own investigations into the fraud. However, they are also working with federal investigators.

The story of the college admissions scandal is still unfolding. There may be more people or schools involved in the scam, as Singer has stated he has helped over 700 families find ways into selective colleges. It is also still not certain whether or not the students will be charged with anything.

The ACT/SAT score you earn (by NOT cheating) greatly affects your acceptance odds—check out your personal acceptance chances with College Raptor’s free match tool!