National Average Scores for the ACT and SAT (2016 Data) 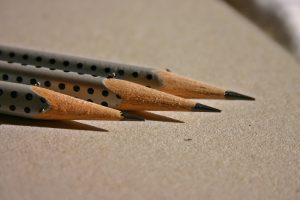 Ever wonder where you fell on the spectrum of other ACT/SAT test-takers? In the 2016 cycle, nearly 2.1 million students in the US took the ACT test, while about 1.7 million took the SAT. That’s a lot of tests! Take a look at the national average SAT and ACT scores in 2016 (and their sub-tests) below!

Scores out of a possible 36

The 2016 SAT score data is a little odd since the transition from the old SAT (and its scoring system on a 2400 range). Some students actually took the old SAT in January of 2016, the last time it was available to students. Therefore, it is a little more difficult to compare the growth or decline of the national average SAT scores to previous years.

The ACT, on the other hand, is much more easily comparable to its previous average scores of years’ past. It is interesting to note that the averages for the ACT actually went down, rather than increasing from the 2015 scores. ACT attributes this to many more students taking the test than in previous years. As we said earlier, nearly 2.1 million students took the ACT in 2016, compared to the 1.9 million that took it in 2015.

Interested in seeing how your ACT or SAT score affects your acceptance odds at nearly any colleges in the US? Check out College Raptor’s free match tool!