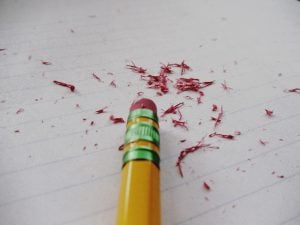 One of the major differences between the SAT and ACT is the latter’s addition of a section focused, ostensibly, on science. More specifically, the section is branded “Science Reasoning”. It asks students to draw conclusions based on graphs, charts, and other presented information. For some students, this section can be intimidating. I was never a hard-hitting science student. As a naturally anxious person, I couldn’t help but be nervous at the idea of being tested on something I wasn’t good at. However, I found the section to be—well, not a breeze, but much easier than I anticipated. Here are four tips I often give students before taking the science section of the ACTs. I call them “the four Ds”. Hopefully, they’ll help you enter and leave the testing center with a high degree of confidence.

The most important thing to understand about the science section on the ACT is that, to be blunt, it’s not really important to be a science superstar to do well on it. The test will not ask you who discovered the double helix or the Latin name for a porcupine. Rather, the scorers want students to be able to discern logical conclusions when they’re presented with data, drawing on one of the basic ideas of sciences.

That being said, it is absolutely vital to not freak out when you see a question that you cannot immediately answer. It is important to remember that, in all likelihood, the test has provided you with the information you need to answer the question. Most likely, it’s provided in the form of a graph, passage, or diagram. As long as you have a very basic understanding of science, put your brain to work. Focus on what you’re given. You will be okay in answering questions.

Relating directly to the first point, there’s always information given to you that doesn’t matter at all. The ACT doesn’t want it to be a cakewalk, after all. They’ll often throw some smoke-and-mirrors into a question to make it seem harder than it is. This can be solved with a simple strategy: before you look at the diagram, passage, chart, etc, look at the questions and work backward. Underline exactly what you’re looking for in the material given to you and ignore everything that you don’t need.

This is a good rule for life in general, but it’s especially important to remember when you’re sitting through hours of a test. The science section of the ACT will be given after mathematics and English. That means you’ll probably start itching to leave the room around that point. It’s very easy to start skimming questions and answering in a slight haze, especially after your brain’s been overworked from math and grammar. When you’re taking the test, though, remember that it’s vital to understand what question you’re trying to answer. Like we already talked about, the ACT people can be tricky. When you’re looking at a question on the exam, make sure you fully understand what it is asking. Don’t just scan the words. Keep pushing through and dedicate as much brainpower to this section as you did for the previous ones.

Pay attention, now; this cannot be overstated. Never, ever, EVER leave an ACT question blank. This can trip up some students. However, for the ACT, there’s no penalty for a wrong answer. Make sure that, if you’ve exhausted all other options, wracked your brain and you still cannot figure out the answer to a question, you at least bubble in an answer. Use your best guess, or, if you’re really struggling, do it randomly. If there are four choices, your odds of getting the question right jump from zero to twenty-five percent just by taking a guess instead of leaving a question blank. I don’t know about you, but I’ll take any possible edge when it comes to an exam. Especially in this case, when you will not lose points for getting the question wrong.