Home > Paying For College > Questions & Answers > What is the National Merit Scholarship?

What is the National Merit Scholarship?

The National Merit Scholarship is a competition that takes place in the United States every year, since 1955. Students compete for scholarships given by the National Merit Scholarship Corporation (NMSC), an organization based in Evanston, Illinois. After passing some requirements, competitors have to submit an essay and a list of achievements. That includes extracurricular awards and leadership positions they have had in high school. Students participating have an incredible academic record, which is confirmed by their amazing performance in the SATs. Typically, an important person from their school recommends them.

After passing these requirements, a group of students, fewer than 1% of the initial participants, become finalists. Winning students have the most achievements, accomplishments, best academic skills, and a big potential for future success. Bill Gates, the creator of Microsoft, won one of these scholarships back in 1973.

The National Merit Scholarship Corporation was founded just when the United States was leaving its Cold War years behind. When they started to realize the struggling condition the country was in but the amazing intellectual level its citizens had, this corporation was created. Its main goal was to identify young people who were outstanding and give them scholarships to encourage them to develop their abilities even more and keep improving their lives through higher education.

In 1964, because of the Civil Rights Act, the program started a promise, to identify more African-American students and encourage them to follow their dreams and get a good education. As of today, nearly 230,000 students have been given recognition because of their accomplishments. A little more than 34,000 receive scholarships.

No origination fees or prepayment penalties

This type of corporation and program should be cherished by any country that has them. They represent hope to those people who want to pursue higher education but can not afford it. Year after year, the costs of tuition and other fees, in public and private universities and colleges increase, making it harder for people with low-income jobs to pay for them. Students don’t only have to pay for tuition, they also have to afford housing, food, gas, books and personal items such as clothing. Scholarships are either the help they need, the ray of light that can change their lives by helping them study something they love and enjoy.

If you want to apply to this program you must fulfill these requirements:

Want to see what potential financial aid you could receive from a college? Use College Raptor’s match tool to see what you could get! 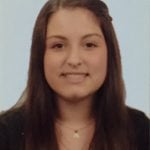