Home » Getting In » College Admissions » What Colleges Look For In Students: GRIT

What Colleges Look For In Students: GRIT 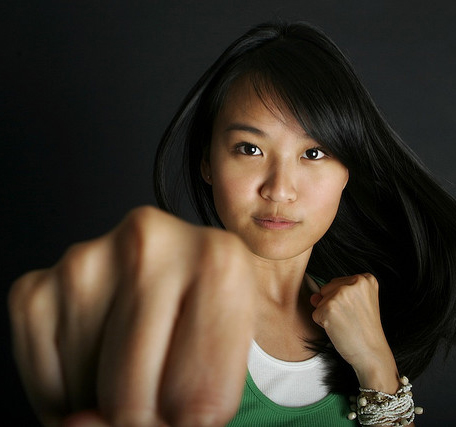 Some four-letter words could get you in trouble; they might earn you detention or garner a reprimand from your parents.

However, there is a particular four-letter word that is actually quite appealing. Not only do colleges want you to say this word, but they also want you to demonstrate it, embrace it, and live it.

This particular four-letter word won’t offend your grandparents. I could even say it on national TV without reprisal from the Federal Communications Commission.

The word is: GRIT

The definition of grit

The dictionary defines grit as, “firmness of character; indomitable spirit.” It is a trait that colleges find appealing in prospective students.

Colleges want to admit qualified students, but they also want so much more than that. They want to build a strong and diverse class. If college admission officers focused solely on admitting qualified individuals, they run the risk of having a homogeneous class with too many business majors and no one in the Physics department (in which the college already employs faculty). They might have too many violinists but no one to play the bassoon. They can have a lot of students who have joined clubs, but not enough who have led them.

The admissions office needs to admit qualified applicants, but they must also build a strong class, and an important part of that is finding students who have demonstrated a certain uniqueness and fortitude in their personal character.

Colleges look for students with grit because attending a university can be challenging. Not only will you be tested in terms of your ability to learn and master new subjects in class, but you’ll be facing many new obstacles and personal challenges; it will likely be your first time living away from your parents, you’ve likely been separated from most of your friends, and you’re facing huge decisions about your career and your life.

All of this can be stressful for a young person, and students who demonstrate grit are more likely to succeed in the face of challenges and potential adversity.

Grit means overcoming challenges and surpassing expectations–and, of course, learning how to talk about what you’ve accomplished.

To show grit, you don’t need to do anything outlandish. You don’t have to climb Mount Kilimanjaro (unless this has been your lifelong passion, in which case, more power to you.) Don’t create a charity just for the sake of saying you’ve done so.

Grit doesn’t have to be grandiose in order to be meaningful.

Perhaps you did something that has taken you out of your comfort zone and stretched you beyond your boundaries. This can be done in a number of small but meaningful ways which won’t garner the same recognition as Nik Wallenda crossing the Grand Canyon, but which will tell colleges valuable information about your character.

Here are a few examples of students who have demonstrated grit:

Ellen applied to a college for which she was slightly below their statistical averages. In her essay, she wrote about why there was more to her grade point average than met the eye. She earned respectable grades despite navigating a home-life that included her parents’ long and contentious divorce that involved the police, restraining orders and clandestine midnight moves. Yet, by looking at her grades, you would never know that she endured a major life stressor. Her GPA and the grit it took to earn it, took on a whole new meaning when the circumstances surrounding it were considered.

Nathan hasn’t really encountered any significant life obstacles. He goes to a good school and lives comfortably with two parents. His grades are strong and school work comes easily to him. To stretch himself, Nathan volunteered to spend his summer vacation cleaning up from a hurricane that left a nearby section of his county devastated. He left the comfort of his air-conditioned home to haul mold-infested home remnants, ruining no shortage of his own clothing in the process of helping people he had never met. He invested a significant amount of time in this effort and continued his work after summer vacation ended.

This experience truly altered the life of this young, comfortable suburbanite which was obvious to colleges when they read about how he, a burly football player, was reduced to tears at the sight of a pink Barbie purse lying in the mud-covered rubble that had recently been a little girl’s home.

In some cases, simply joining an activity is enough. Margaret is very shy. She is uncomfortable with group activities, yet she made very meaningful contributions to her work mentoring younger girl scouts. In her essay, she talked about how her personality is not at all like the loud oboe that she plays. When admissions officers understand that, her contributions as a camp counselor and group leader became that much more meaningful.

Finding your own grit

Has your life presented you with challenges that have required a certain amount of grit or fortitude to overcome? Have you displayed a willingness to step outside of your comfort zone?

It is important that you communicate this in your college applications because it shows colleges you will bring something valuable to their community. They know you will contribute to college life in an interesting and meaningful way. You will be an individual, and perhaps a leader, not just a follower or a wallflower. You have grit and determination that will allow you to succeed. It makes you more interesting, which in turn makes the college you attend a more interesting place.

Remember that it’s important for you to recognize your own grit and determination, but you also need to be able to communicate that to colleges.

Author: Lynell Engelmyer
Lynell Engelmyer is a nationally-recognized expert in college planning, admissions and financial aid. She has more than 20 years of experience, working as an admissions officer, financial aid director and also for the College Board. She has been published and quoted in hundreds of books and articles and serves as a professional college counselor for students from around the country.