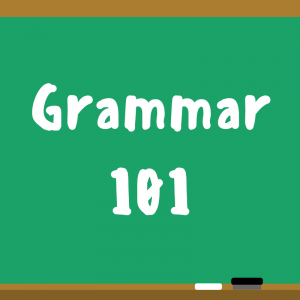 Reading comprehension and writing skills are incredibly important for both standardized tests (and just college prep in general). Therefore, it definitely doesn’t hurt to refresh on the basics of grammar as part of your test prep for the ACT and SAT.

It may seem simple to go over basics, but a strong foundation will help you avoid mistakes and strengthen your skills. Besides, rules like these can trip up even the most seasoned writers.

You’re: Contraction of “you are”

Using your and you’re in the same sentence:

To: A preposition that refers to a place, direction, or position. Also an infinitive used before a verb.

Using two, too, and to in one sentence:

There vs. Their vs. They’re

There: referring to a location or place

Their: Signifies possession, can be plural or singular

They’re: Contraction of “they are”

Using there, their, they’re in one sentence

Its: Signifies “it” possessing something

It’s: Contraction of “it is”

Using its and it’s in the same sentence:

Who’s: Contraction of “who is”

Using whose and who’s in the same sentence:

Then: Refers to time, sequence of events

Than: Refers to comparisons

Using then and than in the same sentence:

Who: Refers to people, used before verbs

Whom: Refers to people, used after prepositions

Using who and whom in the same sentence:

Keep these basics in mind and you’re sure to nail the ACT / SAT reading comprehension sections, and impress the judges reading your essays.