They are in fact two completely different roles but there are a few areas that overlap. Both careers require a high level of technical expertise related to computer programming and system relationships. The similarities end there. With that out of the way, let’s talk about the differences between software engineer and web developer. 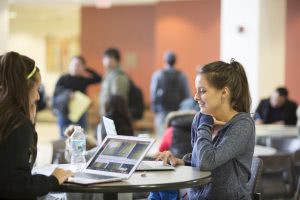 A software engineer’s expertise lies in designing and developing software. These experts spend most of their work day developing programs for operating systems. They may build software for desktop programs such as Adobe or Photoshop.

A web developer’s expertise lies in creating and designing websites. These experts spend their workday working exclusively on building web-based applications such as websites, e-commerce sites and mobile development.

Seeing that software engineers and web developers have different responsibilities, their coursework will be different too.

Software engineering coursework is mostly technical. Students master various technical topics from math and algorithms to computer engineering and programming languages such as Java and C. The coursework is heavy on theory as students are expected to master the theoretical aspects before practical applications. Artificial intelligence and machine learning are some of the newest topics included in the software engineering curriculum.

Web development coursework is more varied. Students learn the theory and application of different programming and markup languages such as JavaScript, HTML, Python, CSS, and PHP. An important aspect of web development is a solid understanding of data storage, database design, and data retrieval. A large portion of the coursework focuses on mastering databases. Many schools also include frameworks such as Angular and React or visual design using software such as Figma, Sketch, and the Adobe Creative Suite.

Web developers may work in IT or in marketing. An increasing number of web developers prefer to work for themselves from home. This allows them to have a lot of time and creative freedom.

Both, software engineers and web developers may be employed in almost any industry. Both roles are in high demand by organizations of all sizes and across all industries. Whichever career path you choose, you know you’ll never have a problem finding a suitable job. What’s more, you’ll be able pick and choose a job that you find interesting.

There is a considerable different in the type of projects that these two experts work on.

The kind of work that software engineers do requires them to spend long periods of time working on a single project. They generally move on to the next project only when the current one is completed and approved.

Web developers on the other hand work on multiple projects simultaneously. They may switch from one project to another several times in a day. And they generally complete their projects within a shorter timeframe.

Both are high paying professions. Software engineers and web developers are known to earn generous paychecks. Neither one earns more than the other across the board. Their income depends on the company they are employed with. It’s not just larger well-known tech companies that pay high salaries. Some smaller companies are just as generous and sometimes even more so.

Software Engineer Vs Web Developer: Which Is Better For You?

Both have their pros and cons and neither one is ideal for everyone. Which career path is better for you will depend largely on your strengths and weaknesses as well as where your areas of interest.

A software engineering role may be better suited to you if:

A web development role may be better suited to you if:

Ultimately to be successful in either profession, you must have a true passion for learning. With technology evolving so rapidly, continued education will be inevitable in both roles.