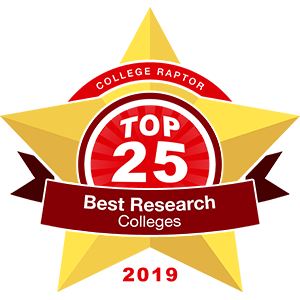 These institutes are prime examples of academia at its best. While many of these heavy-research schools have fantastic undergraduate programs, an emphasis is put on graduate and doctoral programs. At research universities, students can earn their PhDs and go out into the world to change it for the better.

Many of the very best research colleges are well-known household names.

Here are College Raptor’s 25 best research colleges in the US:

22. College of William and Mary