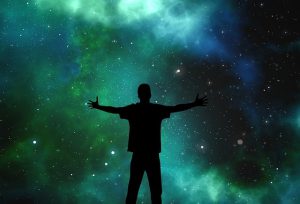 There are plenty of reasons for people to like space. Space is cool. It’s a great medium to work with problem-solving skills. And let’s be real, who wouldn’t want to go up in a rocket? There are plenty of job opportunities for people interested in space, too. Here’s a list of schools that might be for you space-lovin’ people.

Embry-Riddle has got its space bases covered. They offer degree programs in Space Physics, Astronomy, Astrophysics, and Commercial Space Operations, and Aeronautical Engineering (just to name a few). Space tourism is something they believe is in the future as we continue to explore the far reaches of space.

The school is in contact with NASA, United Space Alliance, Virgin Galactic, and a whole slew of other companies that exist to explore the final frontier. Students are encouraged to build communities based on their space interests, and so you’ll find clubs such as the Mars Society or American Astronomical Society.

It seems like a natural progression, going from flying through the air to flying through space. The Air Force Academy offers both Aeronautical Engineering and Astronautical Engineering degrees. If designing planes and rockets is your idea of fun, this might be one of the schools for you! Not to mention you’ll graduate as a junior officer in the Air Force, so you’ll have experience flying as well.

Ever wanted to be an astrophysicist like Neil deGrasse Tyson? Consider the University of Chicago. They offer minors in Astronomy and Astrophysics, studying Astronomy in Paris, and a specialization in Astrophysics that is recommended if you want to pursue graduate coursework in the field.

The Department of Astronomy and Astrophysics also has some sweet research topics to look into, such as their Dark Energy Survey, or the various observational telescopes they have access to around the world.

Butler hosts the Holcomb Observatory and Planetarium, which is accessible to students and faculty. It boasts one of the largest telescopes in the Midwest.

Students can pursue a major in Astronomy and Astrophysics or a minor in Astronomy, thus giving them access not only to the telescope, but also the “Big Dawg” supercomputer used for computational research.