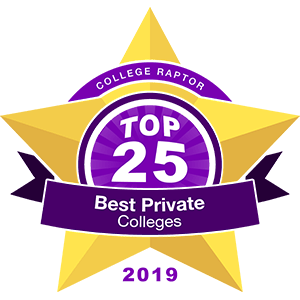 Many of the most prestigious colleges in the country are private schools. Unlike public schools that are funded by state and local governments, private colleges are usually funded by tuition, fees, alumni donations, or other private sources.

Dartmouth’s Latin school motto, “Vox clamantis in deserto”, translates to mean “A voice crying out into the wilderness.” It has a 7:1 student-to-faculty ratio, and a 4 year graduation rate of 86%. Of the total students at Dartmouth, 67% are undergraduates, while the remaining 33% are graduate students.

10. Columbia University in the City of New York