Home > Find Colleges > Questions & Answers > What is a Land-Grant College?

What is a Land-Grant College? 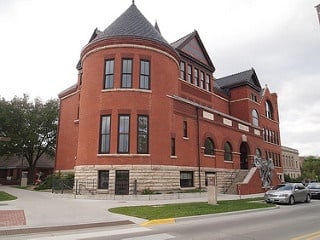 All the way back in the 1850s, there was a growing need for agricultural-based colleges. There was a political movement in which the government would essentially donate land to each state in order to have an agricultural college established there. However, the bill went through several reforms and was even vetoed by President James Buchanan. In 1862, however, the Morrill Land-Grant Act was sent to the desk of President Abraham Lincoln and was approved.

What did the Morrill Land-Grant Act do?

The Morrill Land-Grant Act gave 30,000 acres of land to eligible states was used to fund and create these colleges–provided they taught mechanical engineering and military tactics along with the proposed agricultural studies.

How many Land-Grant colleges are there?

All in all, 106 land-grant schools have been established under the Morrill Act and are generally categorized into the years they came into place–1862, 1890, and 1994. There are 76 land-grant colleges within the US and additional sites located in associated territories–such as Puerto Rico and Guam.

Almost every single one of the land-grant schools became large public state colleges, with the exception of a few private schools–namely: Cornell, the University of Delaware, and MIT. And in order to keep their land-grant school status, each of the schools has a focus on agricultural and engineering fields.

The following is a list of all land-grant colleges within the United States: