Where 6 Famous Olympians Went to College!

With the 2016 Olympics going on, you might have been hearing that some of the younger competitors are still in school. Lily King, for example, currently swims for Indiana University. Many famous Olympians have gone through–and graduated from– collegiate sport programs. Here is a list of five American athletes that have competed after graduating college. 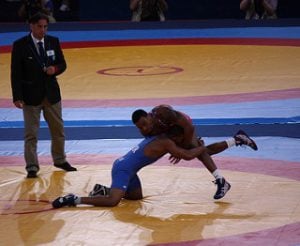 Burroughs began wrestling at the age of five. In high school, he was a state champion and a senior national champion. His college career at the University of Nebraska was prolific. He went as an undefeated national champion in his junior and senior seasons. He was a Big 12 Champion for three of his college seasons. Following his graduation from Nebraska, he went on to win the freestyle world title in Istanbul, Turkey. He qualified for the 2012 Olympics in London, where he won gold in the 74kg weight class. He has qualified for the 2016 games as well. 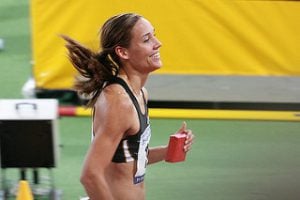 Jones is a native Iowan. Since becoming a world-renowned athlete, she has made several charitable contributions to her high school alma mater, Roosevelt High School. She attended college at Louisiana State University, where she competed in the NCAA Outdoor Championships. Though she did not reach the trial finals for the 2004 Olympics, she kept training, capturing several national championships as well as the 2008 World Indoor Championships in the 60m hurdles. She qualified for the 2008 Olympics and was favored to win the 100m hurdles when she hit the ninth hurdle, placing her in seventh. Jones finished fourth in the same race in the 2012 Olympics. She was also chosen as brakewoman for the 2014 Winter Olympic bobsled team. The team placed fourth in the competition.

She is now one of the most highly-followed Olympic athletes on Twitter.

Lochte is well known as Michael Phelps’ teammate/competitor in the Olympic games and is competing in the 2016 Rio Olympics. He is a graduate of Florida State University, where he competed in the NCAA competitions. Lochte is a seven-time NCAA champion, a seven-time SEC champion, and a 24-time All-American. He has competed in every Summer Olympiad since 2004, and he currently holds six gold medals, three silver medals, and three bronze medals. 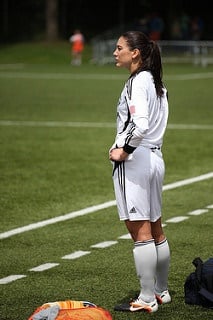 Solo is a graduate of the University of Washington, where she was moved from a forward position to goalkeeper. Solo started her professional career with the US senior national team in 2000. She was an alternate goalkeeper for the US team in the 2004 Olympics and has been the US team’s first pick for goalkeeper since 2005. Since then, she has competed in every FIFA World Cup and Summer Olympics with the team. The US team has gold medals for the 2008 and 2012 Olympics and is currently competing in the 2016 games. In July, Solo achieved her 100th international shutout, becoming the first goalkeeper–male or female–to reach 100 shutouts in international play. 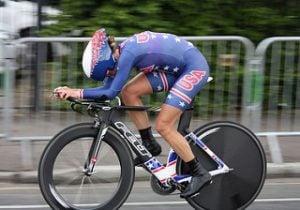 Not to be confused as being related to Lance Armstrong, Kristin began her career as a junior Olympic swimmer. While attending the University of Idaho in Moscow, she switched to running. Once she graduated, she began competing in triathlons. After being diagnosed with osteoarthritis in both hips at age 27, she turned to cycling. She has won multiple medals in World Championships as a time trial racer, as well as three gold medals in the Olympic time trials–most recently in Rio. 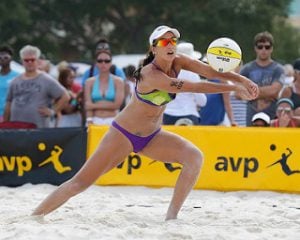 Jennings attended Stanford University on a volleyball scholarship. While there, her team went to the NCAA Final Four three times, and they won the tournament twice. She graduated in 2000. In 2001, she partnered up with Misty May-Treanor. The two of them competed internationally, winning three World Championships. Jennings and Mae won three Olympic gold medals for beach volleyball, having competed in the 2004, 2008, and 2012 Olympics. Mae retired from the team in 2012. Since then, Jennings has teamed up with April Ross, and the two of them are currently competing in the 2016 Olympics.

Interested in attending any of these colleges? Use our college match tool to see what your admission odds are!