Will Being an Undeclared Major Hurt My College Acceptance Odds? 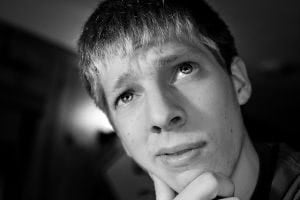 If you’re not quite sure what you’d like to major in by the time you complete your college applications, you may be tempted to put down “undeclared.” However, will that help or hurt your acceptance odds?

It’s A Good Idea To Put Something Down

In most cases, students who are leaning towards writing down “undeclared” on their major, have at least an idea of what they’d like to study. It may be between two related majors or two different career paths. Even though you’re not absolutely sure which you will pick come your junior year, it’s a good idea to put one of these down.

Selecting a major, even if it is not your final, future choice, can help show the college what you’re interested in pursuing. This is especially the case if you’re considering a very specific program that is difficult to get into.

Some Schools Require Your Intended Major

Some colleges and universities will actually require you to declare a major on your application. While it doesn’t have to be your final choice, they at least want to see where you intend to head.

This system will also help them set up freshman orientation. Some colleges group freshmen according to their intended major, so if you put down English on your application, you will be with other English majors during those first days at the school.

At Other Schools, It Won’t Matter

If you’re considering putting down “undeclared,” do some research into the college or university’s application process first.

You Can Always Change it Later

Whether you have to declare your major or you just feel it would benefit your chances, know that your declared major on your application is not written in stone. There will be options and ways for you to explore other majors and studies down the road. If you do write undeclared, most schools will ask for you to declare it by the start of your Junior year.

There may be obstacles to overcome though if you decide to change your major later on. Some scholarships or programs may be solely for your original major, for example. If you make a radical change of path, your school may not even offer your new intended major, requiring you to transfer schools. And if you decide to change your major later into your college career, especially during your junior year, you could be attending classes past four years. If you’re between two majors, ensure you’re doing your research ahead of time so you can help ensure you avoid these problems.

Whether placing “Undeclared” as a major on your application will help or hurt you depends on the particular college you’re applying to. It’s never a bad idea to at least write something down, but do some more research into your intended school before you complete the paperwork.