Short answer: when you compare psychology vs sociology, it comes down to how many people are involved. Are we looking at individuals or groups? But that’s a short answer, and we explain much more in-depth below.

When thinking about what you want to major in at college, there can often be some confusion. A lot of majors seem similar, are spelled similarly, or just sound like they are interchangeable. During my undergraduate experience, I studied both sociology and psychology and began to see differences and similarities between the two. Going into college, I don’t think I had the best grasp on what either one was. While I knew right away that I wanted to minor in psychology, I did not declare my sociology major until the end of my sophomore year. Thanks to my professors and the classes I took, I have a pretty good grasp of the differences and similarities between the two majors. Here’s our breakdown of psychology vs sociology.

Psychology focuses largely on the individual. Those who study psychology are curious about how one’s mind works, why it reacts certain ways, what causes us to behave the way we do, and what makes you “you”. The larger chunk of psychology centers on how the cognitive processes in an individual’s mind. However, there is also a field within psychology focusing on how groups are affected by the behavior of individuals.

A really fascinating part of psychology is learning about abnormalities in the brain. In other words, disorders or mental illnesses, things considered “taboo” in many societies, when they are actually extremely prevalent. We also just completed a mental health handbook that just skims the surface of these topics, and how they relate to college students. Find it here.

Conversely, sociology tends to look at society at large. While the way a society works depends on the individuals in it, it is more focused on groups of people. Sociologists tend to think about why and how certain factors (race, ethnicity, socioeconomic status, religion, etc) play a part in the way different groups of people act towards one another. Some colleges also offer a variety of tracks within their sociology major for students to study from. These tracks might be family relationships, criminology, organizations in society, religion in sociology.

Sociologists work to bring real social problems to the forefront. By studying race, religion, and more, sociologists have an abundance of research on things like racial bias, marriage and economic inequality, and disparity in education across the country. In sociology, the well-being of the entire society is at stake.

At the end of the day, both psychology and sociology majors work to understand the human being, just at different levels. There are definitely areas where the two overlap. Hopefully, this gives you a better understanding of the differences between them. To summarize, psychology focuses mostly on individuals, while sociology focuses on how a whole group interacts. Both fields focus on people but differ on how closely they look. Similarly, both majors usually offer tracks for students to focus more on one aspect. Interested in sociology or psychology? Head on to our majors page. You can find the majors you’re interested in and see what schools offer them. 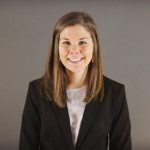