Music is a vital part of many students’ lives. Whether they like to sing in the shower, have played an instrument for years, or dabble in composition, there are many options when it comes to schools. Even if you aren’t looking to be a music major, you can still make music a priority when applying to schools. As an example, I wanted to go to a school with a marching band or symphony/orchestra in addition to looking at English and writing programs. So here is a list of the colleges that have some of the best opportunities for music majors and lovers in the world. 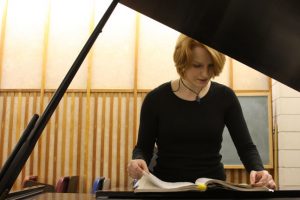 Possibly the most easily-recognized name in the music world, Juilliard has produced a plethora of graduates that have left an impact in the music world. Yo Yo Ma, Stephen Schwartz, Nina Simone, and Eric Whitacre are notable alumni of the music program. Juilliard, originally called the Institute of Musical Art, has been instructing students in music since 1905. In 1926 it merged with the Juilliard Graduate School, and in the latter half of the 1900s, the Dance and Drama Divisions were added. 490 undergraduates have the privilege of calling this school home. 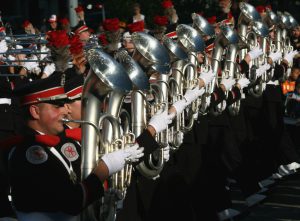 OSU is part of the Big Ten Conference, and its marching band might be one of the most well-recognized in the country. Called the Best Damn Band in the Land (TBDBITL), they consistently have some of the most exciting half-time shows with stellar music picks, great formations, and fun animations. If you’re good enough to make Michael Jackson moonwalk across the field, you can do just about anything. The band is 228 members strong and made up of all brass and percussion.

Ohio State University is home to almost 45,000 undergraduates. Those numbers help to keep the marching band very competitive. If you don’t end up making it (or don’t have an interest in marching band), never fear! There are plenty of other musical opportunities that await you. 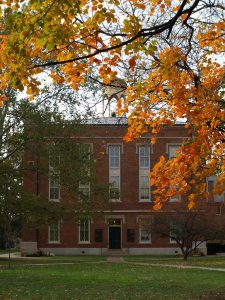 Knox College is a small liberal arts school with 1,400 students. The community is tight-knit. The school offers 88 majors and minors. Regardless of which of those majors and minors you choose from, you are eligible to audition for the Knox College Choir. The ensemble of around 50 students is a powerhouse in the collegiate singing world. And, unlike many schools, Knox College Choir members are able to audition for scholarships even if they are not music majors. The choir is under the direction of Professor Laura Lane, who constantly looks for new pieces and even commissions them so the choir has fresh music. The choir tours every year during spring break, with European tours happening every 3 or 4 years. In the spring of 2017, for example, they headed to France! 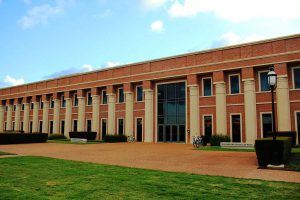 Though Rice University’s Shepherd School of Music is one of the youngest in the country (it was only established in 1975), that hasn’t stopped its music program from becoming one of the best in the country. The Shepherd School of Music attracts 300 music majors from all over the world. There are ten ensembles for students to join; some, like the Brass Ensemble, are made up entirely of students from the trumpet, horn, trombone, and tuba studios. Others, such as the Rice Chorale, is open to all students to audition. Just about 4,000 undergraduate students make this relatively large private university their home in Houston. Despite their size, the student to faculty ratio remains staggeringly low at 6:1. 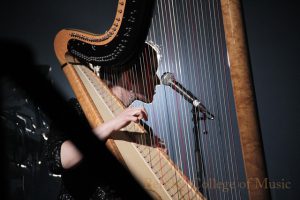 Whereas many music programs emphasize classical music, Berklee is a little different. It focuses on popular music in its many forms. Its 12 majors range all across the board and include Composition in multiple areas, Performance, Songwriting, and Music Therapy. Berklee’s location in Boston means that its 4,700 undergraduates have access to some of the most influential cultural offerings available. Students also have the opportunity to study abroad in Spain. 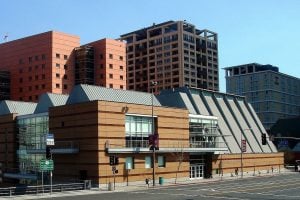 The Colburn School was originally a prep school for USC. It split from USC in the 80s to become its own independent school and has been going strong ever since. It is a performing arts institution, meaning that its students focus on music and dance. The Colburn Conservatory of Music is where college-aged students rigorously study classical instrumental music performance. This school is highly selective when it comes to choosing students. It has to be: The Conservatory provides full financial scholarships to its students.

In addition to its classes for college-aged students, The Colburn School also offers a Music Academy for younger students. The goal is to help prepare gifted students as well as they can at all levels of education so that they may reach their full potential as musicians. 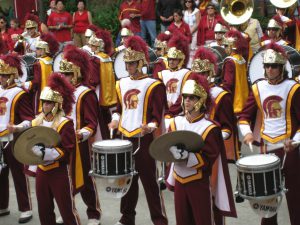 Speaking of USC, did you know that their marching band has one of the most engaged fan bases in the country? So if you enjoy being in the spotlight, becoming a Marching Trojan at this private research university might be the way to go. The Trojan Marching Band (often called the Spirit of Troy) has been around since the 1880s. Over 300 students from all majors at the university participate with the marching band, and they have over 350 engagements a year. This band is not limited to football games in the least! One fun perk of this band is that at least some portion goes to all the away football games, unlike most other college marching bands. They have a second nickname, “Hollywood’s Band”, because of their numerous appearances in movies and TV shows. 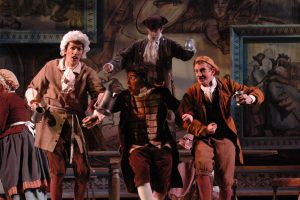 This state-sponsored school has over 28,000 undergraduates. For those interested in music, the opportunities are almost endless. The School of Music, Theatre, and Dance has all the majors you would expect from a school, such as Composition, Conducting, and your normal list of brass, woodwind, and percussion studios. It also includes majors in Organ and Musicology, which are not so common. If a music major isn’t your thing, don’t worry! There are many student organizations that also revolve around music that are available to all students. If you want to emulate the movie Pitch Perfect, for example, there are several a cappella groups that take students from all majors and experience levels. 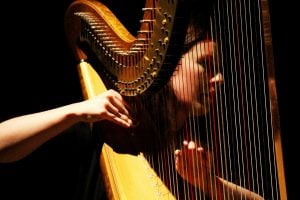 This large public university hosts over 36,000 undergraduates. Almost more impressive, the Jacobs School of Music claims 1,600 of these as music students (music programs are rarely that large). The school has four large performance spaces, with the largest being the Musical Arts Center. This stage and auditorium have frequently been compared to the Metropolitan Opera in New York City and seats over 1,400 people. The Jacobs School has more than 170 full-time faculty to instruct its students, keeping the music students to a less than 10:1 ratio with their instructors. The opportunities for music lovers are pretty much endless. There are 41 ensembles for interested students, including several that are specifically campus-wide. If you are someone who is performance shy but loves to listen, there are over 1,100 performances a year to choose from. You really get your pick of the litter at this university! 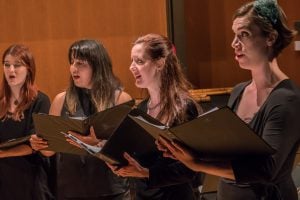 Florida State University’s College of Music is very inclusive to students not in music majors. There are many placement opportunities for the 33,000 undergraduate students, as well as graduate-level specific ensembles. Their 400-strong marching band makes appearances at all home football games as well as two or three road games. Other ensembles include a Gospel Choir, Jazz Vocal Ensemble, the Florida State Opera, and an Early Music ensemble that specifically performs music written before 1650! Those are some of the more unusual ensembles; if you’re looking to joining a “normal” band or choir, there are plenty of those to choose from as well.

Interested in any of these schools? Use College Raptor’s free match tool to discover if they (or others!) are a good match for you.