Home > Find Colleges > Tips, Tools, & Advice > How Your Spotify Playlist Can Help You Ace Your Next Test

How Your Spotify Playlist Can Help You Ace Your Next Test

A student’s backpack generally includes things like highlighters, pens, books, paper, a laptop, a water bottle, snacks of some kind, and their headphones. These things are all supposed to help create an environment to maximize memorization and concentration. Clearly things like paper, pens and a laptop are necessities for studying. Even snacks and water are easily classified as necessities (hydrate or diedrate, kids!) but what about headphones (and Spotify)? 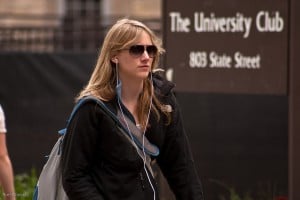 Music has become an ever-present force in students’ lives. Whether it’s at the gym or walking between classes, students are constantly plugged into their favorite music. With studies about things like the “Mozart Effect” suggesting that music improves brain function and memorization, there’s a good reason to believe that whatever’s playing through a student’s headphones could actually make them better at learning. But composers like Mozart, Brahms, and other classical music options just aren’t everyone’s cup of tea, so we’ve taken a look at some of the scientific research on this topic to create some study playlists for fans of other kinds of music.

Music with no lyrics works best

Study after study has concluded the same thing: listening to music with lyrics will distract you from studying. Especially with regard to anything language-based (i.e. reading and writing).

Beyoncé is without a doubt one of the most popular musicians of our time, and her music is great for motivating you to keep going. The problem is that it is also incredibly hard to not sing along with her (in your head or out loud). This means that your concentration will be split between rocking out to some amazing vocals, imagining you’re her backup dancer (oh…only me?), and what you’re actually trying to focus on.

But, don’t worry. This doesn’t mean you can’t rock out to some great music while studying. It will just have to be great music without words.

Electronic dance music (EDM) is quickly becoming one of the most popular music forms across the globe. Once relegated to raves and the discos of Europe, EDM is an up-tempo, heavily beat-driven style of music that can keep you dancing through the depths of exhaustion.

But, what about when you need to focus without all of the movement? “Intelligent dance music” (IDM), is a variation of EDM that is much more ambient and relaxed and it could be your best friend. The steady upbeat bass lines and strong beat propel you through your study session, while the more ambient nature of the music keeps you from being distracted by a constantly changing melody.

Acoustic: tones to keep your spirits high and your focus higher

Acoustic music is a great way to listen to some of your favorite tunes without lyrics, and often in a way that is just different enough from the top 40 version to keep you interested but not distracted. The bubbly nature of most acoustic music has a huge effect on improving the listener’s mood. Studies have shown that if you’re in a better mood when you study, there is a greater likelihood of retaining what you’re studying.

Video Game Soundtracks: designed to keep you focused without distraction 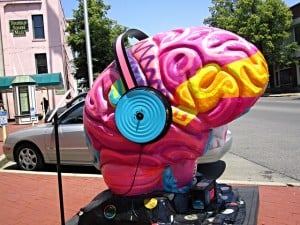 People who play video games have been reported to have a positive effect on learning and brain function for a multitude of reasons, but the one I’m focusing on today is the music. Designed to be background music from the beginning, video game music is a genre that is growing in popularity when it comes to studying. There is just enough of a melody to keep you engaged, without being overpowering and the tempo is meant to keep your brain focused on the task at hand. 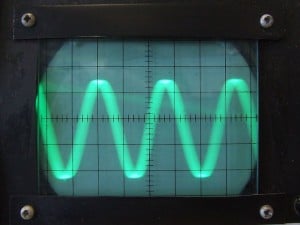 One newer idea when it comes to studying with music is that it may actually be best to study with sound, rather than music. I know that sounds strange, but think about it for a moment. When you’re studying in a coffee shop, the library, or the commons, part of the point of music is to drown out the noise around you. But there are times when the task at hand requires more focus than can be achieved when you’re listening to music.

Enter white, pink, brown, and red noise; sound waves traveling at different frequencies that your brain can easily tune out while they drown out the competing noises around you.

You can use this to your advantage when you need to focus intently on what you’re doing, even if you’re working or studying in a noisy environment.

If colored noise isn’t your thing but music is just not your study jam, turn to the sounds of nature. A rainstorm or waves crashing on a beach are great alternatives to somewhat static sounding colored noise. You can also find the sounds of a forest or somewhere tropical if you need more variation in sound than rain and waves give.

A combination of any of the above! Take your study game to the next level

While writing this piece, I tried out more playlists, genres, and styles of music and noise than I could count. There were some things that I really enjoyed and some that I know would never work for me in the long run. But when I thought I had finally figured out my best study style, a nice long thunderstorm (which despite giving me tea and snuggly blanket cravings kept me fully engaged), I stumbled upon something I never would have thought to try. I accidentally left my white noise generator on while also trying out a new playlist and found that 20 minutes and quite a few paragraphs later, I was the most focused I had been throughout the entire work session.

Every person has a different style of studying and different tastes in music so it is not surprising that each person will find something different that works for them. But the willingness to try something new when you’re studying may just be the key to unlocking your next A+.