10 Educational Podcasts Every Student Should Listen To 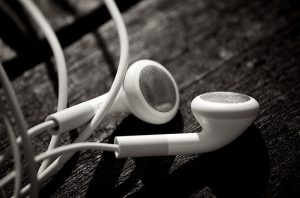 The educational podcasts listed below are ideal for students. It doesn’t even matter if the subject being covered is the subject you are taking in college because each show has its own level of entertainment value. Each is interesting in its own way. What is more impressive is the fact that many of these shows were episodes on the radio, but the educational podcasts include all the parts that were cut for time from the radio shows, so you get more than what you would if you heard the shows live.

Dan Carlin is a pretty weird guy, but some students enjoy his Hardcore History podcast. It isn’t the usual bread-and-butter history show that many people have come to expect from the subject genre. He asks a bunch of odd questions that are rarely commented upon in textbooks, which may help open your mind as a history student. The shows have a fair amount of entertainment value too, so it may be worth trying one or two to see what you think.

2. Stuff You Should Know

Josh and Chuck explain a bunch of things you probably shouldn’t know because you will never use the information, but the information may help start a few interesting conversations. Things such as how mosquitoes survive and how landfills work may interest you. The great thing is that the topics change from one podcast to the next, so if you do not find one interesting, then you may skip it and try another. The podcast titles are fairly self-explanatory.

3. Stuff To Blow Your Mind

Robert, Joe, and Christian cover a series of topics that are only entertaining because the information is difficult to find elsewhere. Some of their research is highly dubious and unsupported (despite their claims). But if you take what they say with a pinch of salt, you should be fine. Use the podcasts to open up your mind to different possibilities. Test out a few of the things they claim to see if it works for you too. There is a risk you may learn something.

4. How To Do Everything

It is tricky to know what sort of person would enjoy this podcast because they give advice. But the advice is so wide-ranging and diverse that it simply cannot apply to everybody. For example, one week they are discussing dating, and another week they are discussing how to find water in the desert. There is a fair amount of entertainment value to be had from learning things you will never use because it is interesting.

The show is hosted by Neil deGrasse Tyson. He is somewhat of a minor celebrity on the Internet and on the radio. The stuff he explains about the universe is both fascinating and oddly concise, especially when you consider the scope of the subject. One has to assume that the things he says about the universe are correct, otherwise, the Internet would be loaded with negative comments from other Astrophysicists. If you are in the right mood, his show can be very enlightening and enjoyable.

The podcast is released on Fridays, hence the name SciFri, and it covers a number of different topics from the many different sciences. It has educational stories and activities that you can try. There are occasionally guests on the show, such as the time they had Elon Musk on the show. Elon certainly does more than talk with regards to his environmental agenda (such as by inventing electric cars). No matter what political side you take, it is interesting to hear from people such as Elon, Sylvia Earle, and so forth, but the tone is often very leftist.

Just like it says on the podcast title, there are 100 episodes. Each episode covers an object and how it affected history. Both history students and non-history students may be interested in what is explained. For example, the invention of the credit card has both increased the level of poverty in the world dramatically, while simultaneously speeding up the progression of online buying. They cover things such as a Ming Banknote, an Inca Gold Llama, and much more.

Explaining the economy to people is very tricky, and very few people understand how it works. You only need to watch a talk show with a deadbeat father on it to see just how little people understand about money in general (such as when he says, “I ain’t sending her money because she spends it on herself.”). They explain a great many different elements to our economy. Students may be oddly surprised by Planet Money’s explanation of why textbooks are so expensive. Especially when you consider the fact that they could just as easily be free.

Brian Cox and Robin Ince take a witty and irreverent look at science-related topics. It has a fair amount of political commentary, even if that is not what the creators originally wanted. But you can still listen without allowing them to brainwash you with their agenda. For example, they state numerous incorrect and biased faux-facts about climate change. However, they do it with the comedian Dara O’Briain as a guest. He is so funny that you would forgive them anything. It can be very balanced if they get the right guest on. For example, how Dara says we should be willing to scale back our lifestyles rather than demanding that big companies take the burden of global warming. 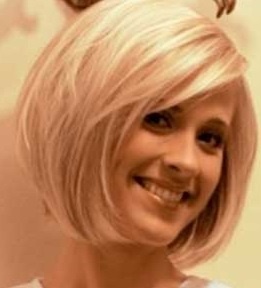 Author: Brenda Savoie
Brenda Savoie is a grammar tutor at Essayontime which provides online assistance to students and supports them. A private English tutor and desperate dreamer. Writing her first romantic novel. Find her on Twitter and Facebook.

One thought on “10 Educational Podcasts Every Student Should Listen To”