There is something that feels right about enjoying a delicious hamburger in a college town. Maybe it’s the monotony of dining hall food that makes burger joints so popular around college campuses, or maybe it’s just tradition. Whatever it is, it’s basically a requirement that college towns have a restaurant where you can get a delicious burger.

Here are 15 of the best college town burger joints in the US. 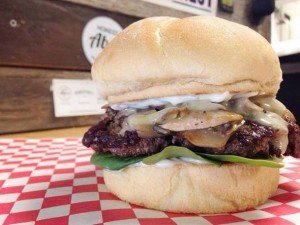 University of Nebraska
Honest Abe’s specializes in unexpected–but delicious–topping combinations. Who knew roasted grapes were a burger topping? The menu features nine burgers and the choice of “freedom fries” or Parmesan truffle fries. 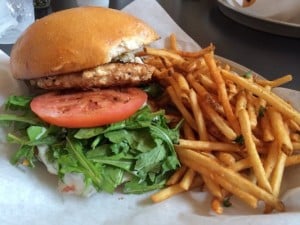 Greek to me Burger via Yelp

Texas A&M
Grub Burger Bar is dedicated to making the best burgers possible from scratch. Beef is ground in-house and buns are homemade every hour. Interesting flavor combinations and sauces (including a BBQ sauce made with Dr. Pepper), promise a unique burger experience. Grub Burger Bar has a full menu including salads and a selection of sides. 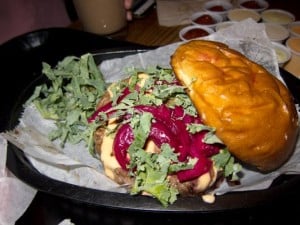 Black and Blue burger via Yelp 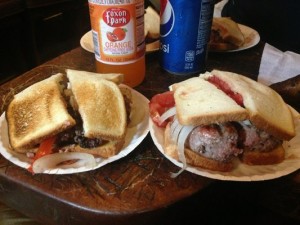 Yale
Opened in 1895, Louis’ Lunch claims to be the birthplace of the American hamburger. Onion, tomato, and cheese are the only toppings you’ll get on your burger at Louis’ in accordance with tradition. In addition to the burger, Louis’ short menu includes potato salad and homemade pie. The old-fashioned atmosphere of the 19th century building adds to the charm of the restaurant. 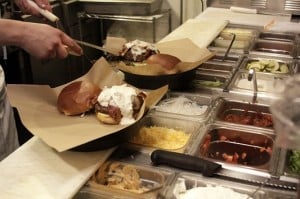 University of Illinois at Urbana-Champaign
Farren’s may be a bit tucked away, but it’s well-known for delicious burgers. Thick patties and interesting toppings are sure to satisfy your burger cravings. Be sure to try the house-cut fries or fresh-fried potato chips while you’re there as well. 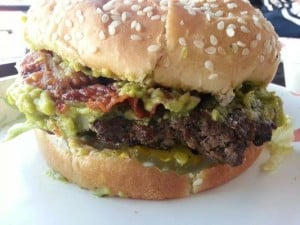 Arizona State
The Chuckbox may not look like much from the outside, but it’s a local favorite. The generously-portioned burgers are mesquite grilled and served with the diner’s choice of toppings. The Chuckbox has been around for over 35 years, and most of its staff has been there at least half that–so they’re pretty much experts at making awesome burgers. 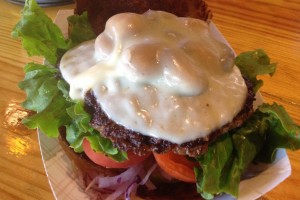 University of Georgia
A spin on the American diner, Clocked offers classic hamburger and cheeseburger combinations as well as french fries, onion rings, and cheese fries. All of Clocked’s ingredients are organic and locally sourced, and vegan and vegetarian options are available. 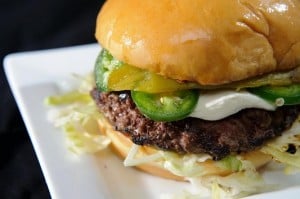 Colorado State
At Stuft, the customer designs his or her own burger by choosing any combination of bun, meat, cheese, and toppings which makes it perfect for picky eaters. The menu also offers some pre-made burgers, and an assortment of sides and shakes. 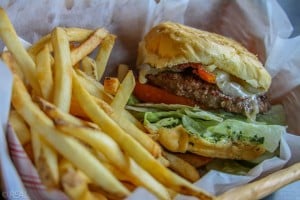 University of Wisconsin–Madison
Dotty Dumpling’s Dowry opened in 1974 and has moved several times before ending up in its current location just east of the University of Wisconsin campus. Burgers are thick and prepared “medium-pink.” What makes Dotty’s special is their unique house-recipe sauces. Be sure to try the fried Wisconsin cheese curds while you’re there as well. 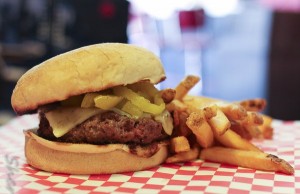 West Virginia University
Decorated in car memorabilia, the diner-style restaurant specializes in burgers, fries, and shakes. Aside from pre-designed burgers, diners can design their own–choosing from tons of toppings ranging from conventional to bizarre. 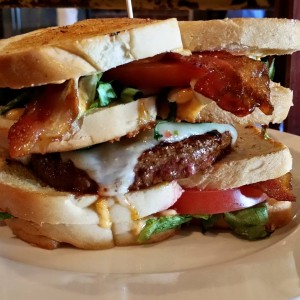 Purdue
DT Kirby’s has a sense of humor and a huge menu. Burger combinations range from classic to adventurous, and come with several bun choices. Be prepared to use a fork to eat these juicy burgers (and several napkins). 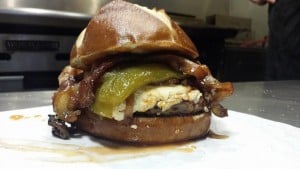 University of Arizona
Lindy’s claims to turn burger-making into an art-form. Burgers are topped with everything from macaroni and cheese to raspberry preserves and given hilarious names. The menu also features more conventional burgers for less adventurous diners, as well as fries, tater-tots, and onion rings topped in a variety of sauces. 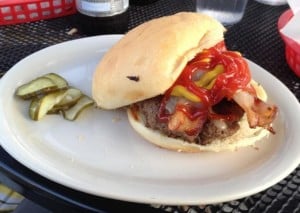 University of Minnesota–Twin Cities
Annie’s Parlour is located on the eastern edge of the University of Minnesota in Dinkytown. The diner-style menu offers traditional hamburgers and cheeseburgers, as well as wildly popular milkshakes. Burgers from Annie’s are thick and come with a generous helping of toppings and french fries. 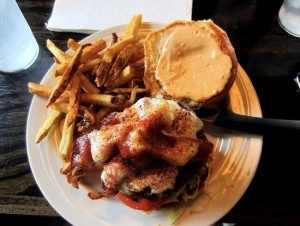 University of Iowa
Short’s locally sources its beef and buns (and vegetables, when they’re in season) so that they’re as fresh as possible. In fact, all of Short’s’ black angus beef comes from a farm less than thirty miles from the restaurant. The local theme continues into the drinks menu, which features Iowa craft microbrews and ciders exclusively. 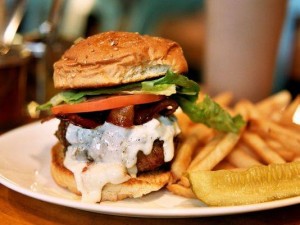 Harvard
Mr. Bartley’s is known for its lively atmosphere and lengthy menu of creatively-topped burgers named after celebrities and politicians. Seating is picnic-style at Mr. Bartley’s, meaning that your party will be seated at already-occupied tables. In addition to burgers, Mr. Bartley’s “frappes” (milkshakes) are a big hit among regulars.

Do you have a personal favorite college town burger? We want to hear about it. Drop it in the comments below.