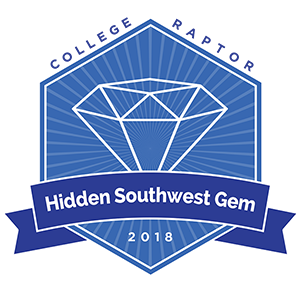 Known for its dynamic landscapes, rich history, and diverse wildlife, the Southwest region should also get credit for its higher education programs. A number of hidden gems reside in these states, and deserve the spotlight.

For the purposes of this list, we’ve included the following states in the southwest: AZ, NV, NM, UT, CO, TX, OK, HI, and Southern CA. 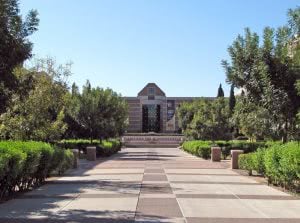 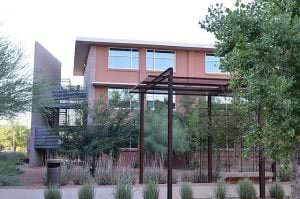 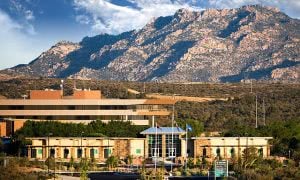 Originally getting its start as an aircraft dealer, the Embry-Riddle Aeronautical University currently offers students the chance to major in engineering, aviation, security, arts, sciences, and intelligence. These include studies in meteorology, mathematics, physics, and flight. 84% of students remain at the university after their first year. 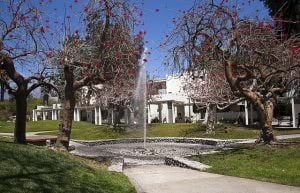 Just over 4,000 applications are sent to this school every year. Pitzer is quite selective, with an acceptance rate of just 13.5%. 93% of the freshman class stick around for their next academic year. The most popular major on campus is a tie between Environmental Science and Psychology. Pitzer’s school colors are orange and white, and their mascot is Cecil the Sagehen. 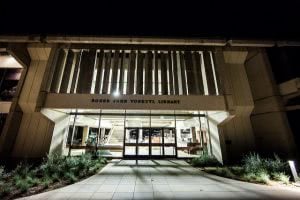 If you’re interested in applying to Westmont College, you should know that they request an ACT Composite Score between 23 and 29 or an SAT Combined score of 1060 to 1290. Approximately 83% of applicants are admitted. After their freshman year, 82% of students stay on at the college and 74% go on to graduate within 4 years. 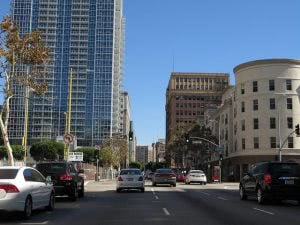 If you have an interest in the fashion industry, the Fashion Institute of Design & Merchandising, or FIDM, may be the right choice for you. The most popular major at the Los Angeles campus by far is business management and marketing, but other choices include fashion, costume design, and marketing management. 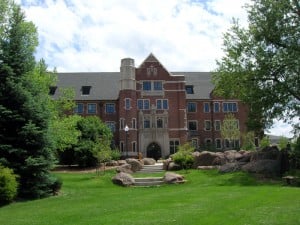 This Roman Catholic affiliated school has played host to a number of notable people over the years including: Desmond Tutu, the Dalai Lama, Elie Wiesel, Pope John Paul II, and over a dozen Nobel Peace Prize recipients. Registered Nursing is, by far and away, the most popular major on campus, followed by Business Administration. 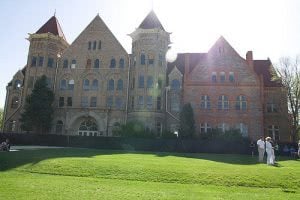 Johnson & Wales University in Denver focuses on preparing students for their future careers after school. The culinary arts and foodservice systems are popular choices at the Denver campus, but parks and recreation management is not far behind. Most students are from the home state, but many students also come from Texas and California. 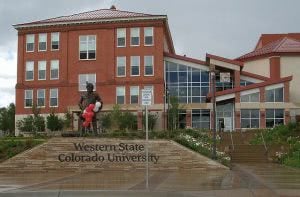 Western State Colorado University accepts approximately 92% of the 2,191 students who apply to the university. About 23% of accepted students will go on to attend the school. Western’s top major is business and many students take part in sports including football, track, and wrestling. The Mountaineers compete in NCAA Division II play. 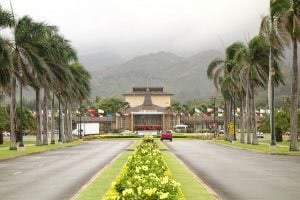 The motto of this Mormon-affiliated university is “Enter to learn, go forth of serve.” Students at BYU Hawaii are expected to follow an honor code, part of which includes academic honesty and dressing habits. The campus is located on the island of Oahu and is not very far from the ocean. 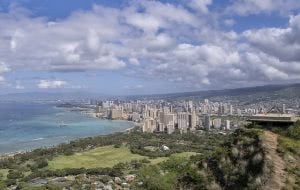 Chaminade is located in one of the most beautiful areas in the United States. Every year the cultural clubs at the university have an event which celebrates the traditional ethnic dances of the area. Although many students are from the Hawaiian Islands, several others are from the continental United States as well.

University of Hawaii at Hilo 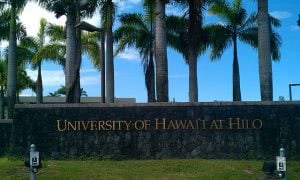 The University of Hawaii at Hilo is located on the beautiful Big Island of Hawaii. Approximately 69% of students who apply are accepted. Top majors include Pharmacy, Psychology, Nursing, Exercise Science, Communication, and Marine Biology. About 200 students participate in athletics with baseball, soccer, basketball, and volleyball as the most popular. 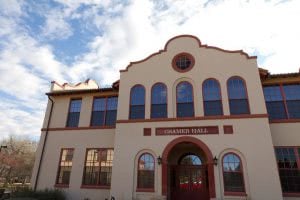 Well-known for an array of scientific programs, the five most popular majors on New Mexico Tech’s campus are: Mechanical Engineering, Petroleum Engineering, Biology, Chemical Engineering, and Computer Science. This institute has a student-to-faculty ratio of 11:1. Their most notable alumni is Conrad Hilton, founder of the Hilton Hotels chain. 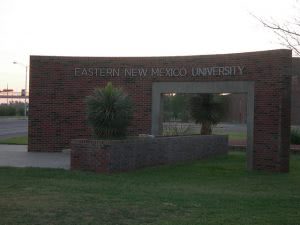 Eastern New Mexico University’s motto is “Student Success – That’s What It’s All About.” As a member of the Lone Star Division for athletics, about 460 participate in sports including track, football, soccer, and even rodeo. The school’s colors are green and silver and compete as the “The Greyhounds.” 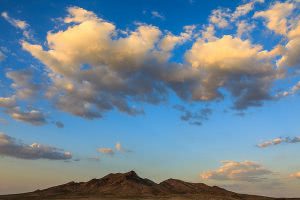 The campus is located near the McCullough mountain range, giving it a scenic feel. They have a first year retention rate of 71% and an acceptance rate of 76%. 99% of the students attending the school are from Nevada. The Scorpion is the mascot of this public college, where the school colors are black and gold. 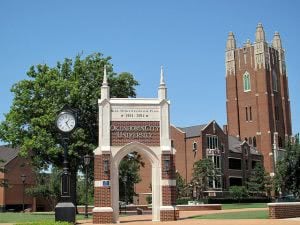 OCU has a number of notable alumni among its graduates. Broadway actress Kristin Chenoweth, opera-singer Leona Mitchell, actress Kelli O’Hara, All-American wrestler Chas Skelly, among others. The most popular majors include Nursing, General Studies, and Music Teacher Education. Starsky the Ram is the mascot of OCU, where the school colors are blue and white. 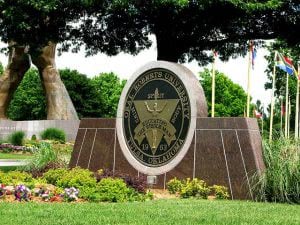 Located in the large, well known city of Tulsa, there will never be a lack of things to do. The area has plenty of restaurants, parks, shops, theaters, gyms, and more. Oral Roberts University accepts about 68% of students each year, with 24% deciding to attend in the fall. The most popular majors include Nursing, Mass Communications, and Business Administration. 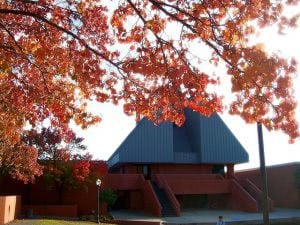 Founded in 1950, Oklahoma Christian University was the first school to provide their students with wireless internet and laptop computers. Their mobile computing program was recently honored and named an Apple Distinguished Program. Top majors are Liberal Arts, Mechanical Engineering and Nursing. 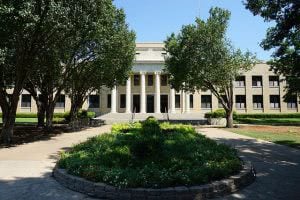 The incoming freshmen at this college score, on average, between a 23 and 29 on the ACT, and between 1080 and 1310 on the SAT. They have a 72% four year graduation rate. A large majority of the students are from Texas. Psychology is the most popular major on this campus. Tennis, volleyball, basketball, and football are some of the sports enjoyed on campus. 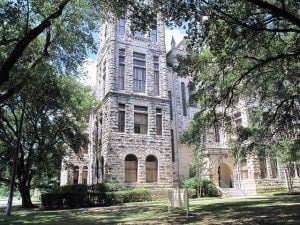 Focused solely on undergraduate students despite its name, Southwestern University is a selective school and only accepts 45% of students who apply. About 85% of freshmen stay on after their first year. Nearly one-third of students compete in Pirate athletics with the most popular sports being football, track, swimming, and soccer. 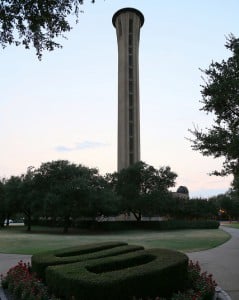 Located right outside the cultural center that is Dallas, this university provides many opportunities to make lasting memories — both in the classroom and around the city. The UD requests that applying students have an ACT composite score between 23 and 30 and an SAT combined score between 1060 and 1320. As a fun fact, approximately 80% of Crusaders will participate in an international program which is one of the highest in the country. 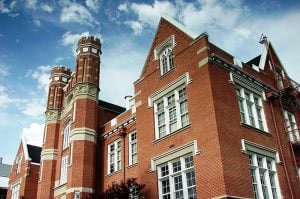 Westminster has an 84% acceptance rate. They have a 9:1 student-to-faculty ratio, giving courses a more individualized feeling. About 50% of the student body comes from Utah, but many others come from Colorado, Idaho, and California. Purple and copper are the school colors, and their mascot is the Griffin.