5 Reasons To Choose A Double Major 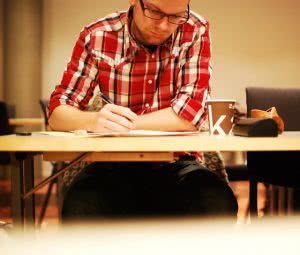 It’s safe to say that the majority of students anticipating applying for, or about to start, college wonder what they should choose as their major. It is a critical decision, and asking an eighteen-year-old to make such a choice when it will have such an impact on their career and potential life-path is a very difficult thing to do. Still, each year, millions of students begin their college journey and select a major that could impact their earning potential and choices for the rest of their life. For these reasons, it is wise to consider the value of potentially choosing a double major. Below you will find several benefits that accompany making a doubled decision in your educational focus:

Obviously, earnings potential is a weighted consideration in the decision about what major to choose. Having a double major could easily be beneficial to raising said potential given creative and complementary combinations! For example, an Accounting major might be well-suited to tag onto a Finance major as the two are frequently interrelated. Communications and Political Science are another favorable pair as rhetoric heavily influences the world of politics. An interdisciplinary approach to education reasonably translates to the interdisciplinary nature of post-college reality!

Even if your two choices don’t fit together like a puzzle piece, as long as you can justify the reasoning behind your decisions in a rational manner, you’ll find that people (including employers) can appreciate someone confident in their choices and interests and who can communicate them in a logical way. If this doesn’t settle your decision dilemma, you can look at your second major choice as a backup available in the event that one’s first choice of major does not work out as hoped.

Someone who chooses only one major (i.e. the majority of college students) will hopefully become well-versed in that particular topic, but that may come at the cost of not learning as much about other disciplines of potential interest. In this case, they might be limiting their overall potential for learning and growth as both a student and an individual. The double major can solve this predicament!

Taking a double major course-load does mean taking on much more work than the average college student. Simultaneously, it means learning about two different subjects that enhance one’s understanding of the way the world works. It is a tradeoff to be sure, but it might be one worth making. The need for hard work definitely doesn’t stop after college. In fact, it is only the beginning. Setting the precedent for hard work in a variety of areas early on in life by double majoring in college can create momentum for a persistent, deliberate life with a wider variety of opportunities down multiple paths.

Many people underestimate the value of a foreign language major. Unfortunately, many students shy away from foreign languages in college. Some do not feel that they are able to handle the studying that is involved with learning and retaining a foreign language. Others might simply have no interest in learning to speak in a different tongue. Be hesitant to limit yourself and your potential in an increasingly connected world! While learning a new language might be easier for some students more than others, consistent practice and self-immersion makes it possible for anyone. Even further, some majors easily lend themselves as a logical counterpart to a language study like International Business or International Studies.

Those who do decide that foreign language is for them have an upper hand when it comes to choosing a future path. They have made the life-enriching decision to learn from another culture. Language learners will be better suited for study abroad programs offered at their school and to explore the broadening experience of adventure in other countries and cultures firsthand. These life experiences are more than worth their weight in gold. Skipping out on language learning could cause some to miss out on life-changing experiences.

Have you ever heard a person muse, “If I could go back…” or “If I could do it all over…”? It’s not uncommon for graduates to leave college with some regrets about their study choices. They wish they had studied something they were more passionate about, or they might leave wishing they had studied something that makes them more marketable. In any case, they feel that they have lost out on part of the value that college was supposed to provide them.

Choosing a double major might minimize this threat from negatively coloring one’s college experience. You can choose a major that incorporates a passion or genuine interest or ensure that you’ve incorporated a discipline that makes you a desirable individual in the job market. Even if the impassioned subject isn’t directly applied in a career, the skills earned in its study can still be implemented into a hobby or another future passion project, perhaps even a business all its own!

Part of the college experience should be about meeting people different than yourself, from different parts of the world, socioeconomic and demographic backgrounds, and academic interests. This goal is best achieved when choosing to study subjects that are out of your comfort zone. Taking a class here or there that is a little different from what you are interested in may do the trick, but choosing a double major can make this impact more permanent. A double major will force you to take a wider variety of classes, which means that you will meet more people who are interested in more disciplines and likely for a variety of different experiential reasons.

Choosing a double major has the potential to impact the individual in a deep-rooted way, in finding one’s passion or building potential professional opportunities, ideas, and inspirations. The acquaintances, friendships, professional networks, and perhaps even romantic relationships that can be formed when one meets a wide variety of people have the potential to be lifelong connections. College should not only be focused on your own interests and marketability, but the connections made with other individuals in a vast pool of interest areas and opportunities. Perhaps this reason alone is the icing on the double major cake. At the end of the day, fear not. Whether or not you choose a double major is your decision alone, and as long as you are at peace with your conclusions, don’t be afraid to own them.

Use College Raptor’s major tool to discover which schools are the best of the best for certain majors! 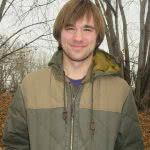 By Hayden Stewart
Hayden Stewart is a contributing writer and media relations specialist for Hi Quality Tutorials. He stays up-to-date on the college admissions process and is particularly interested in making sure future college students enter their next steps in life fearlessly and confidently.