Home > Paying For College > Questions & Answers > What is Fixed-Rate Tuition? 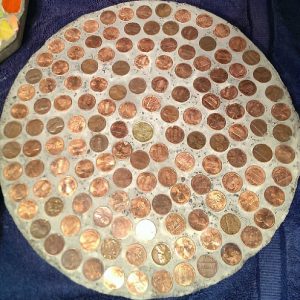 If you’re headed off to college for your freshman year, you have to be prepared for an avalanche of new challenges, most of which are unlike anything you’ve faced before. For many students, the college experience is the first time they’ve stepped away from home for more than a short summer, and, in turn, the first time they’ll have to do things like be entirely responsible for their own time, meals, and sometimes, tuition. If you’re paying your own way through college, or even if your parents are helping you out, it’s vital to understand the differences between certain tuition plans. Chief among these is fixed-rate tuition, one of the more important concepts to be able to wrap your head around as a young college student.

Simply put, fixed-rate tuition is exactly what it sounds like: your tuition rates are fixed. This means that, despite any fluctuation in the college economy, stock market, or financial stability of your school, you will pay the same amount in tuition for every semester you attend. This option has been rising in popularity among the youth, due to the volatile nature of tuition costs. In recent years, the annual cost of a four-year school has risen to over $32,000 for private institutions and nearly $24,000 for public institutions. It’s no wonder that students and their families are trying to explore alternative routes to ensure their financial stability.

Drawbacks to a Fixed-Rate Tuition Plan

That being said, although they seem to have a higher degree of stability, fixed rate tuitions are still a gamble. If you lock yourself into a fixed rate, you are essentially betting that your school’s offered tuition will only increase over the next four years. While, in recent years, this has been a safe bet, the erratic nature of the economy could shoot tuition prices back down, and you’ll end up paying far more than you have to. If your plan backfires in this way, there’s no way to back out; you’re in it for the long haul.

Fixed-rate tuition plans are in place at both public and private institutions of higher learning. However, the number of public schools offering such plans is much lower. In a 2015 report authored by the State of Virginia, it was said that of 128 colleges offering guaranteed rate programs, only 34 were public, state-funded institutions. This percentage, barely over 25%, reflects the risks of fixed rate programs for the schools. Private colleges often have larger endowments, meaning they can afford to risk lower tuition fees. State schools, dependent on government funding, cannot.

Some schools, such as many in the large University of Texas system, put all of their students on a mandatory fixed-rate plan. This, at the very least, makes things simpler for the school and students, because new tuition rates don’t have to be calculated each year. The obvious drawback is that students may wind up paying a rate that’s far above average for a degree that may be worth less to their preferred field than one from another school.

The inherent risks behind fixed-rate tuition plans are pretty simple: even the most experienced, seasoned economists cannot perfectly project everything about future markets. Inflations and depressions, however slight, impact tuition plans, and it’s truthfully impossible to know for sure whether or not a fixed-rate plan will be beneficial. Thus, it comes down to a personal decision. You—and your parents—have to decide which gamble you’d like to take. Are you more comfortable knowing exactly what rate you’ll pay over the next four years, or do you feel that the tuition market will be kind to you?