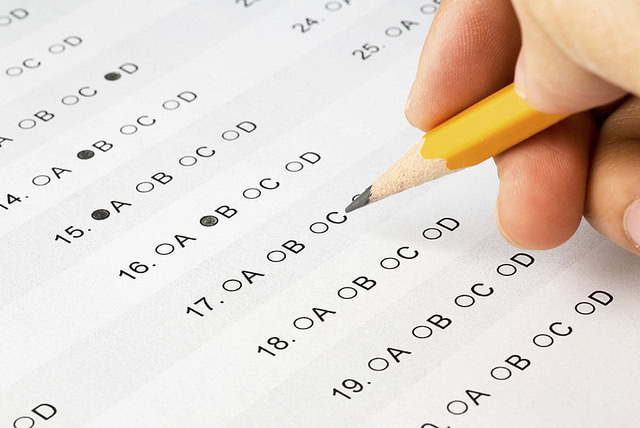 Unfortunately, there’s no easy or short answer for what’s a good ACT score. It depends entirely on the school you’re applying to. However, we can help you start figuring it out.

If you’ve recently taken the ACT and you’re wondering how your ACT score stacks up against other students, then you’re also not alone.

Many students, immediately after getting the ACT score, will also ask: “Well, now I have my score, but what’s a ‘good’ score on the ACT?’

It’s not immediately clear whether a student should be shooting for a 20, or a 25, or a 30 on the ACT. Obviously, a higher score is better, but what qualifies as “good”?

The answer is, of course, that it depends.

It’s important to keep in mind that your ACT score is just one factor that is used in college admissions decisions. Many times, students are also able to make up for less-than-great ACT scores with having an exceptional application in other ways that don’t involve their GPA and test scores (community and extracurricular involvement, glowing letters of recommendation, etc).

But, it is true that most colleges have a range of ACT scores that they generally accept—most students will also fall in or near that range. So, what’s “good” depends largely on what your college goals are.

Very few colleges have published ACT score requirements or “minimums”. But you can use a site like College Raptor to see how admitted students at that college generally score—usually shown by the 25th and 75th percentiles—to determine how well you fit in at that school.

Here’s an example from the University of California — Davis admissions page from College Raptor:

In general, if your ACT score falls near the middle of the range shown, you can thus assume that your odds of acceptance are not below the average—or equal to the total admit rate at that college.

Of course, things like your intended major, GPA, recommendation letters, extracurricular activities, and more can impact those odds.

Another big thing to consider when deciding if you’ve met your goal on the ACT is money. Many colleges offer merit aid to students that meet certain academic criteria. So, getting a strong ACT score could actually be worth a lot of money—possibly thousands of dollars in scholarships.

If you have a specific college in mind, you may want to check out their website (specifically their financial aid and scholarships sections) to see if they list their merit scholarships and the requirements for qualification.

If you’re looking to just get an idea of what constitutes an average or above-average ACT score, then you can look at the published distribution from other test takers.

Here’s the breakdown of ACT scores:

The 50th percentile would represent the median ACT score, which can be used to estimate an “average” score—so approximately 20–21 on the composite and for each of the sub test scores.

Note that this distribution will change (slightly) from year to year, as tests and test takers change. But, generally, a 21 on the ACT is approximately “average”.

Interested in seeing how your ACT score range affects your admission chances at any college in the country? Check it out for free using College Raptor’s match tool!