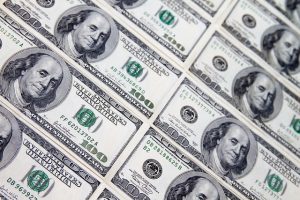 When it comes to gaming, more memory is always better than less! You and 73 of your closest friends and family could enjoy endless hours of online console gaming.

If you’ve been following the Legend of Zelda series, you’ve probably been waiting anxiously for the release of the new game for Nintendo’s newest console. From what I’ve heard, it’s everything fans have wanted. Now, you can buy 102 consoles and copies of the game for you and everyone around you to enjoy.

34 Roundtrip Airfare Tickets to Barcelona, Spain (Going with lowest available prices from Expedia.com for the month of June, $1,060)

Who doesn’t want to travel abroad? I chose Barcelona arbitrarily, but $37,000 can go pretty far in your travels. You can probably afford roundtrips to other places too, so let your imagination run wild.

Join the craze of America’s hottest Broadway hit in years! If you see the show in New York City, there’s little chance of getting your tickets without going through resale. But without student loans, you could afford the ridiculous prices! You can even afford it 52 times over!

Rates are variable, of course, but even going with the highest rate of $59/month gives you 52 years of access to the gym. Basically, your student loans could cover about a lifetime of workouts. You can stay fit forever.

21 Months of Rent for a 1-Bedroom Apartment in Chicago (Based on Rent Jungle’s recent trend data in Chicago, IL)

Rent can be a huge drain on our wallets. But if you didn’t have to worry about it for almost two years? That would be awesome. Imagine all the space you could have, or the privacy since you (hopefully) won’t need a roommate. Not to mention, being able to live in a pricey city.

While there are programs that can forgive student loans, many students will end up with some amount of debt. However, there are ways to greatly reduce the amount in student loans you have to take out in order to pay for your education! For more in-depth information, check out our Scholarships, Financial Aid, and Student Loan pages, as well as this handy article about financial aid education.