What I Wish I’d Known Before College: Overcoming Introversion

Before I went off to college, I was the bookish introvert type who almost never socialized and thought people just aren’t worth my time. Maybe it was the entire craze back then to be considered “cool” if you’re the strong, silent type with a mean attitude. But, I just felt like everyone was not as wise to discuss things with me on my level. I was just satisfied with my nose buried in a book. If I didn’t feel like reading, I indulged in art.

Needless to say, because I was an introvert, I was not what you’d call the sharpest crayon in the box. True, I had knowledge about a lot of things because I read a lot. But, I was not interested in things which went around me. Because of this, I pretty much let myself go. I made such basic mistakes which might cause you to smack your head (or mine for that matter).

I failed to realize a lot of important things in life. If you were anywhere near my line of thinking, you would also have gone through the same things. Only now do I come to realize my mistakes and regret not having done or known them before.

The Importance of Making Friends

Nowadays, I get incredibly envious when I say people posting selfies with their best friends from school with captions like “8 years and counting” or “best friends forever.” I have also known the same people for around a decade, but you’ll not be surprised to know that even after ten to twelve years, they’re still just people I happen to know who went to school with me.

I just didn’t bother to take things on a more personal note. The friends I did make were just people I talked to in school for the sake of having someone to talk to or sit with at lunch.

Because of that, I feel incredibly lonely whenever I walk into a new place. I never know what to do or who to talk to in school reunions either.

Spending Time with My Family

If only I had known how much time I would be spending away from my family. I would have made the time I did spend with them count more. I don’t know what was wrong with me and why I felt that no one understood me like most teens think. What I do know now is that we’re just so shallow and wrapped too much in our own world to consider the happenings around us.

I wish I could go back in time and tell myself that the time spent with family is important and to treasure every second of it.

Made it a Habit to Stay Fit

Gym class was the only time in the week I exercised and challenged myself on a physical plane. Contrary to what my personality might have indicated up till now, that I was probably one of the types who shied away from gym class. However, I did find a liking in sports. But I never took it outside the school.

As determined by everything I’ve said up till now, it’s not hard to guess I did not go out too often. It seemed like a complete waste of time and belonging to a super conservative family, I just did not feel like dealing with that amount of tension and stress. Breaking curfews meant hearing an earful and having certain privileges snatched from me. It wasn’t completely worth it at all.

However, if I had gone out more, I would have gained a profound understanding of how things work. I wouldn’t be so clueless as soon as I was pushed into college and expected to fend for myself completely out of the blue.

Because I was so self-absorbed, I thought people just weren’t worth my time. They did not possess the same level of so-called intelligence that I felt I had. By that, I mean talking about subjects which interest me. That automatically made them the most important things in the world.

I wish I had understood people and how different minds work. It’s not necessary that everyone has to possess the same opinion as you, that’d just make them boring! Understanding their side of the story is equally as important as well if we hope to understand how things work.

Even though you might feel that so many things are well past their time, never forget that it’s never too late to change. This world will never be what anyone expects it to be, and life continues to go on besides it. If you never realized the importance of family, hit them a call right now and tell them you love them. 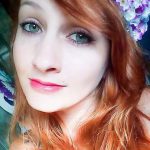 By Eileen Burton
Eileen Burton is an experienced writer and successful influencer who started socialization with others in her mid-twenties. These days, she is actively involved in writing different sorts of informative educational articles on her blog.