Frank O. Gehry is one of the world’s foremost designers and architects. His unique style is unmistakable, and it’s especially obvious when one of his sparkling, futuristic structures is erected on a college campus full of historic, ivy-covered steeples.

Known for impossible shapes and curved surfaces, his works often look like something right off the set of Eureka’s Castle, rather than the kind of buildings that house our countries best and brightest academics. This means that despite his massive fame and recognition, Gehry’s work can often be divisive–especially among the academic crowd.

Nevertheless, these campus buildings designed by Frank Gehry are simply astonishing to behold. They are definitely works of art, and hopefully, inspire college-goers in a way that “normal” buildings just can’t do.

The U of M’s Weisman Art Museum is a shining jewel on the campus, presenting a two-faced facade that blends in with the brick buildings of campus, but then displays a shiny, abstract face on the other side. 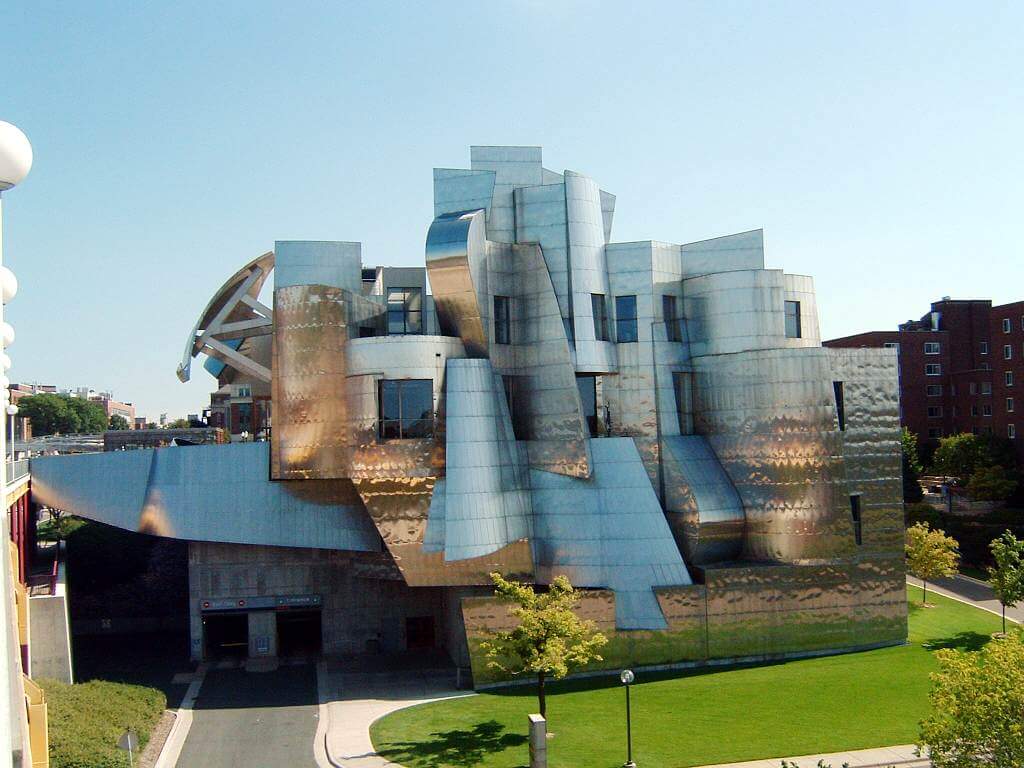 Case Western Reserve University says that the look of their business school matches their philosophy–to be bold and creative in their approach to management and business. The building also looks a bit like a bull, preparing to take charge of a matador.

The building itself is a fairly normal brick construction, but it’s also flanked on all sides by flowing and spiraled metalwork that adds an entirely different dimension to the space. 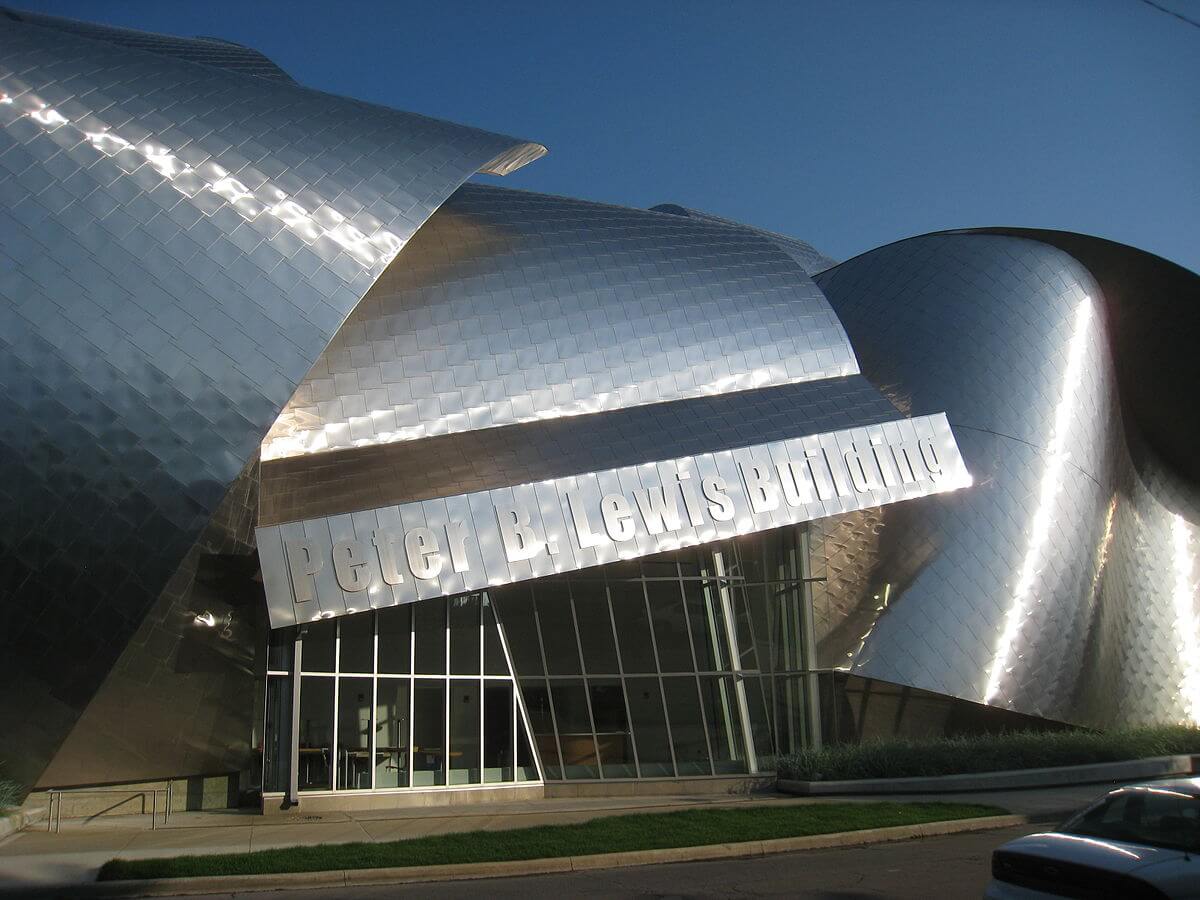 3. Richard B. Fisher Center for the Performing Arts

Named as one of the best small concert halls in the U.S., Bard College’s Richard B. Fisher Center for the Performing Arts houses a 900-seat theater with two tiers of balcony seating. It’s also home to the annual Bard Music Festival, and quite a beauty to behold both inside and out. 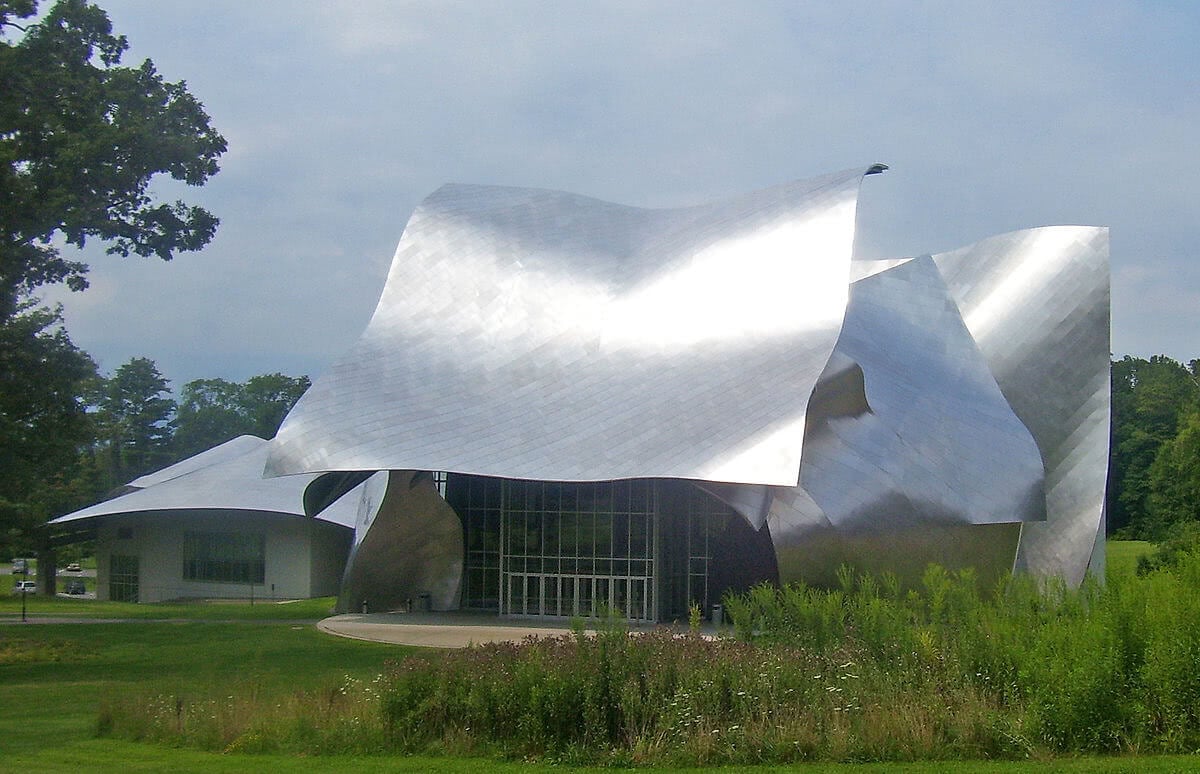 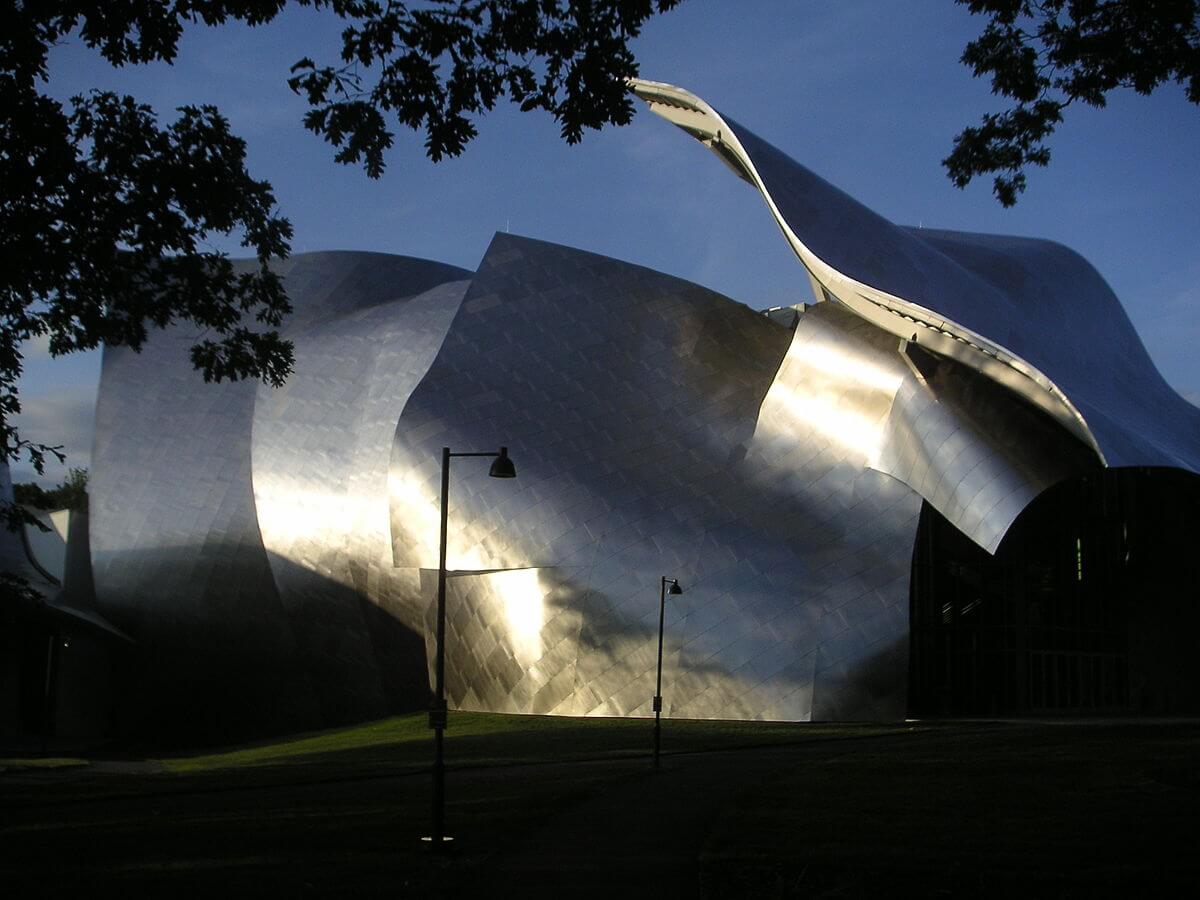 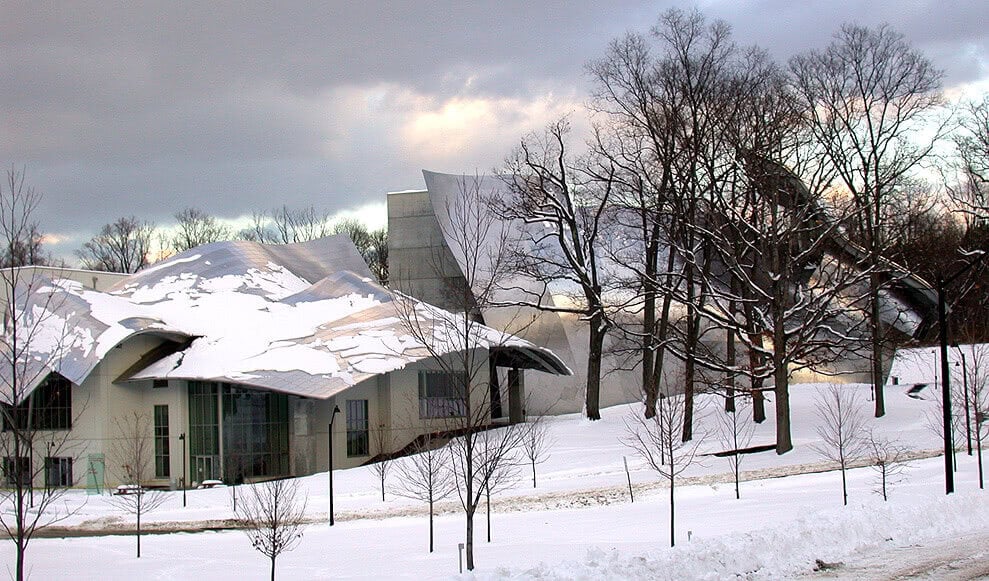 Nestled near downtown LA, Loyola Law School is one of the nation’s highest-ranked institutions for those seeking a J.D. Over a period of about 24 years, Frank Gehry’s imagination dreamt up some of the most fascinating and colorful campus buildings on the west coast. The liveliness of the architecture is said to inspire students and also be the “perfect atmosphere” for future lawyers. 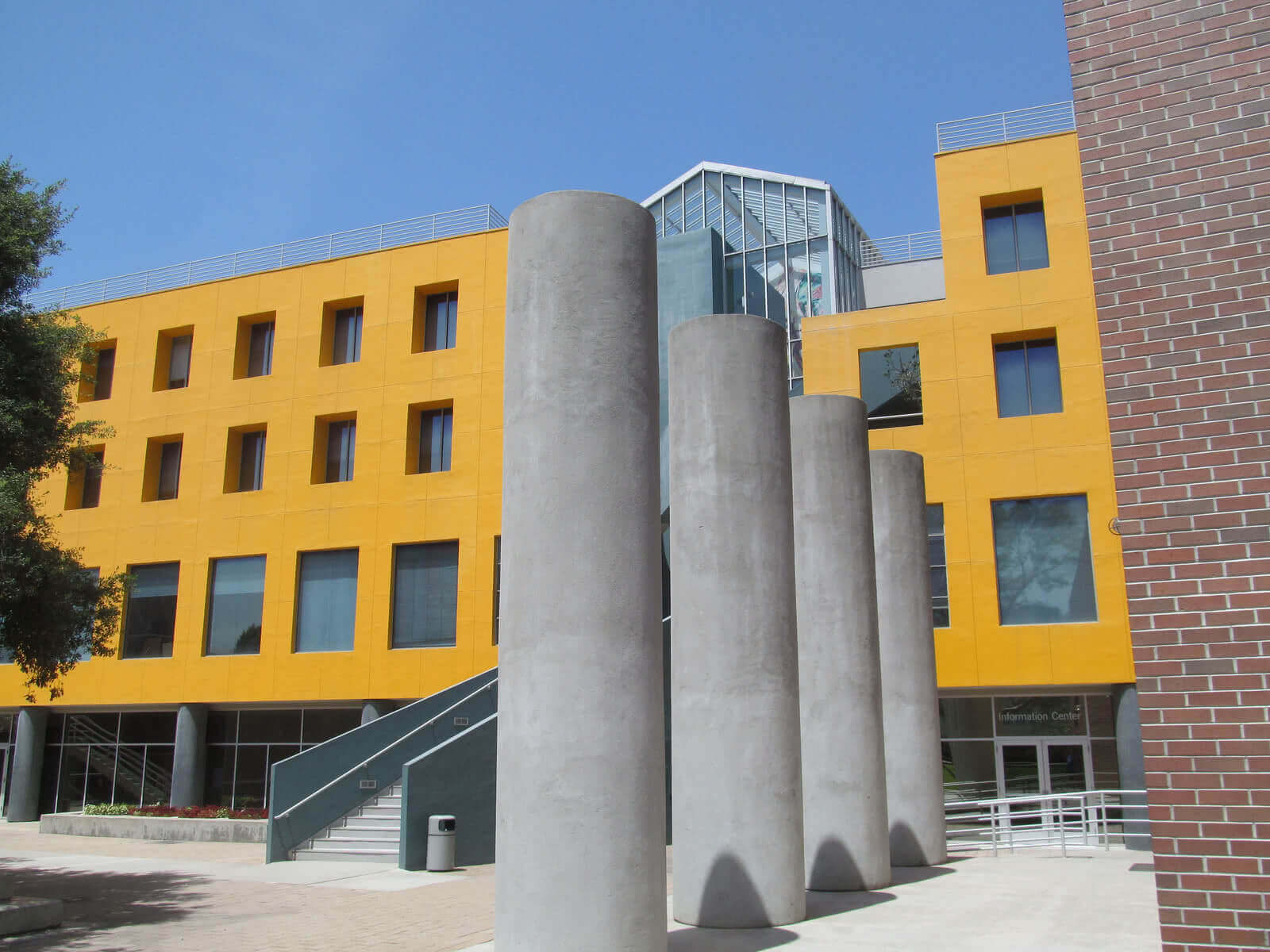 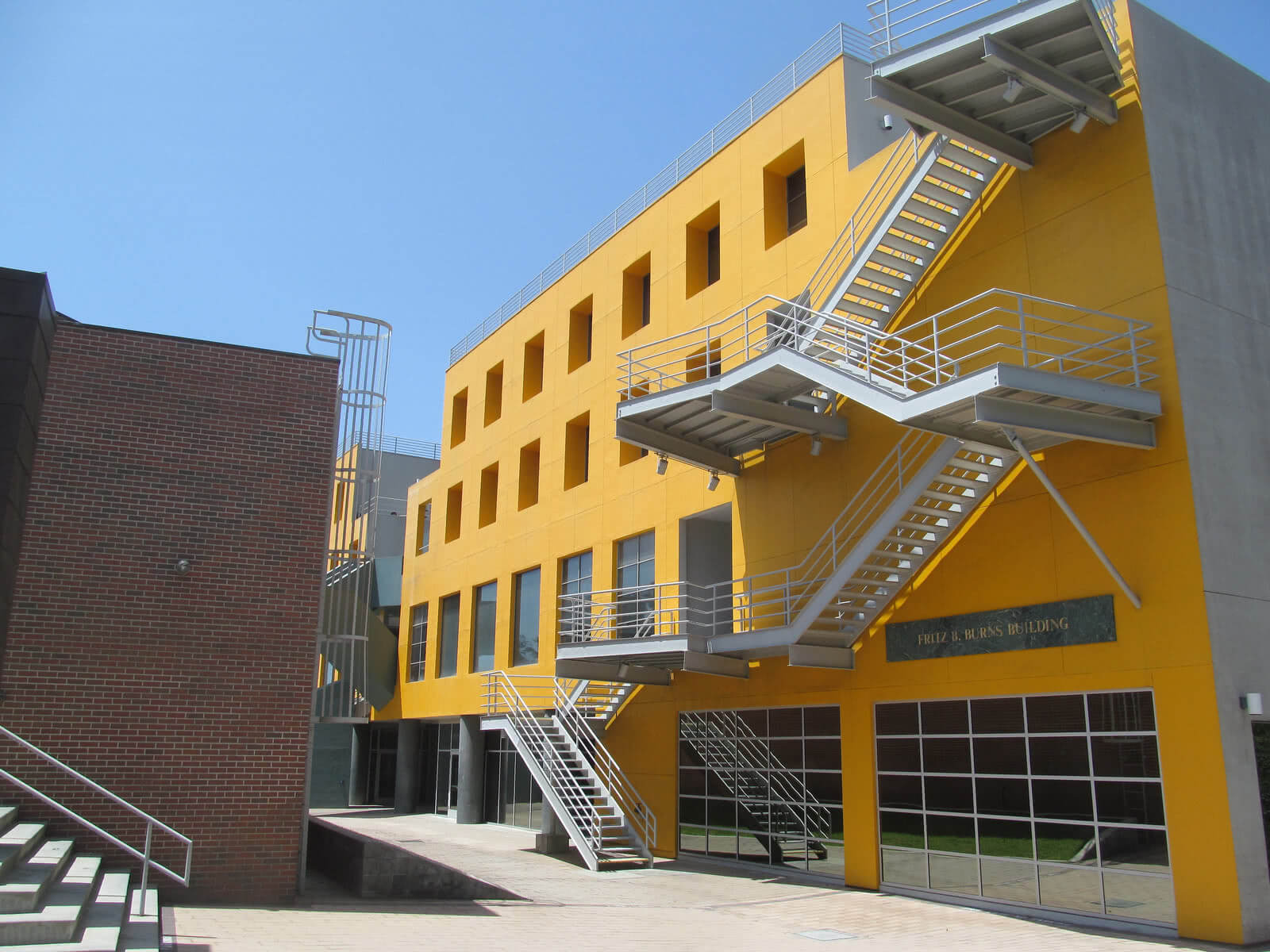 The Hawkeye state boasts a quintessential piece from Gehry’s portfolio. The Advanced Technology Laboratories in Iowa City houses operations for the University of Iowa’s research and economic development departments.

Its position right on the banks of the Iowa River, while picturesque, proved to be troublesome when the city was struck by floods in 2008. Reports state that the building also took on a good amount of water, with the river rising up to the front door handles. 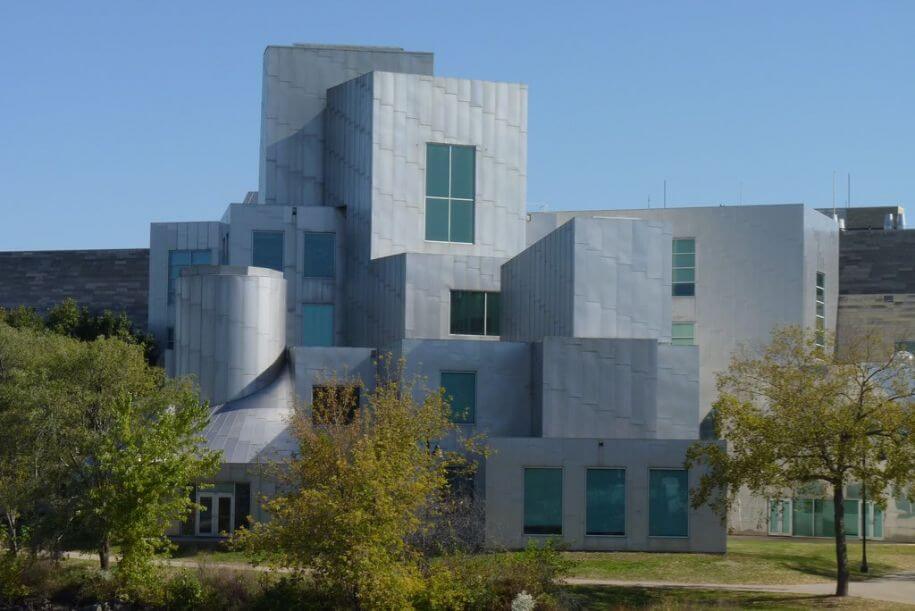 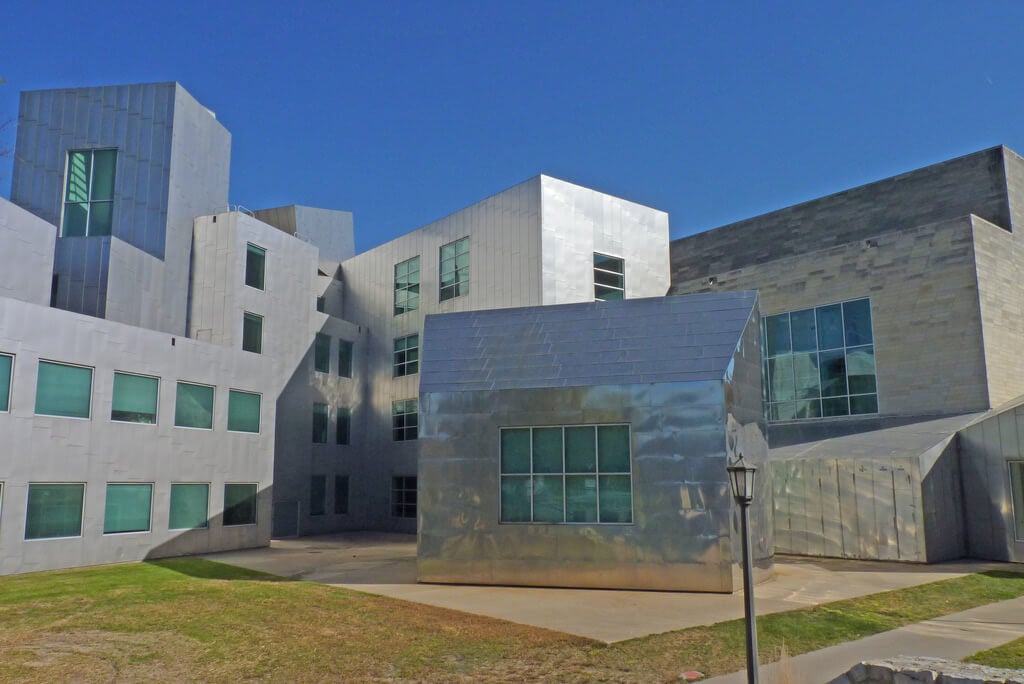 The Vontz Center is certainly no joking matter, which makes its odd appearance just that much more stark. As part of UC’s sprawling medical campus, it’s a boon for the microscope and Petri dish crowd. From the outside, it appears like a ghoulish, cartoon version of a prison, with twisted, leaning brick structures and un-square windows with ropes of metal that look like they’re also keeping something from escaping. 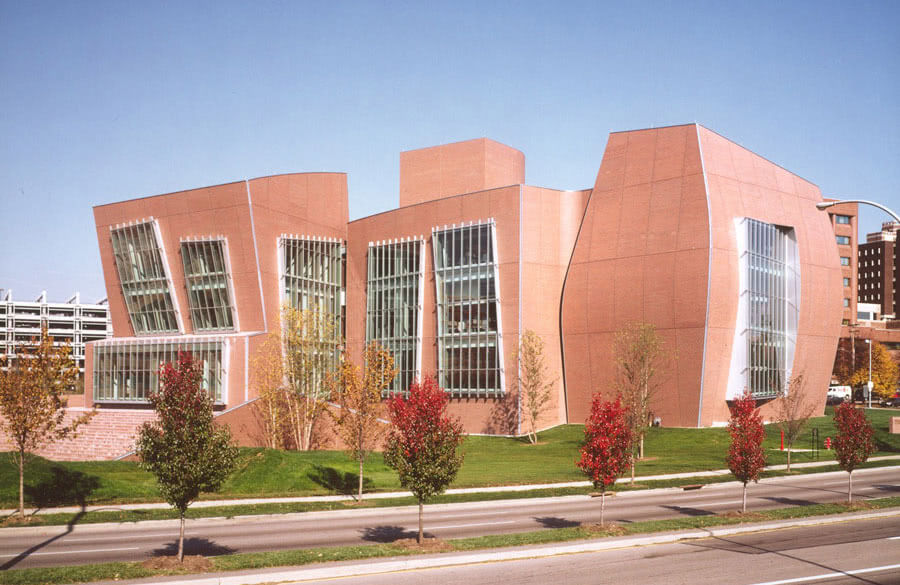 Building 32, its official name, is home to some of MIT’s most popular programs, including Electrical Engineering and Computer Science. Many celebrities of academia, including Noam Chomsky, also have offices in the Stata Center.

As with most of Gehry’s work, the building has received both praise and criticism for its wild and eccentric style and configuration. 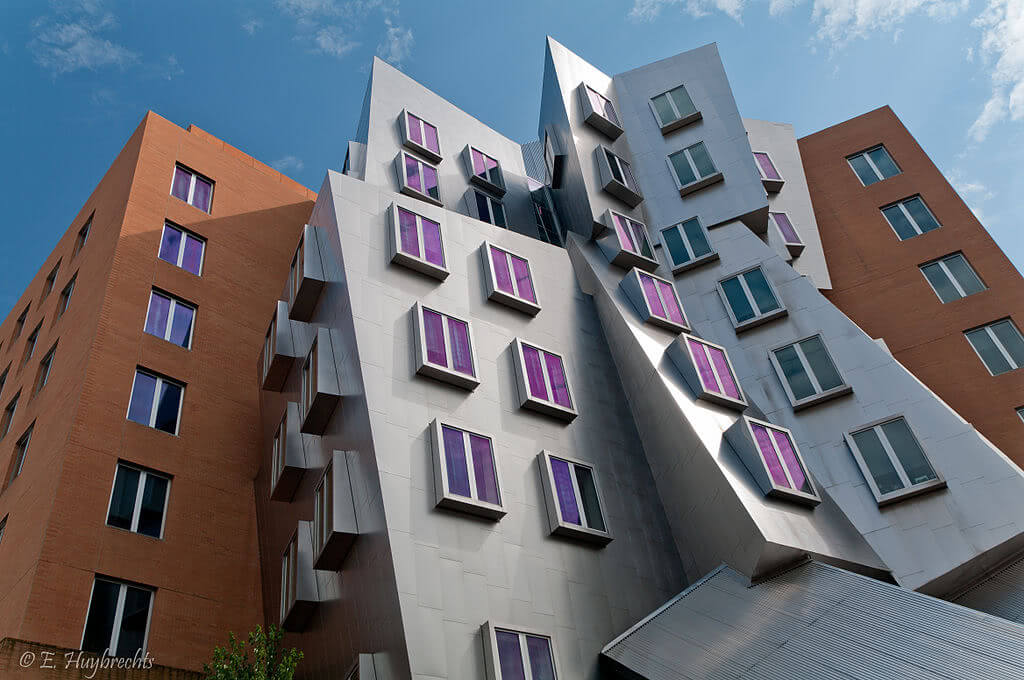 So, what do you think? Are Gehry’s campus works truly something to treasure? Or, are these buildings just overhyped and not worth the praise?

Leave your thoughts in the comments.