4 Career Paths That Can Get Your Student Loans Forgiven 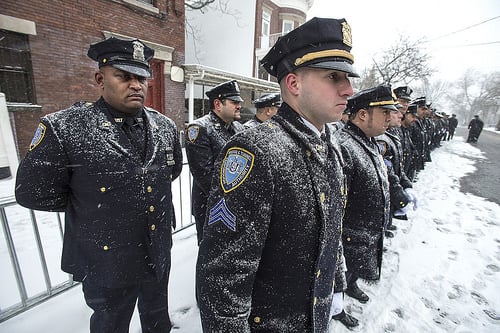 The skyrocketing cost of college tuition has become a major problem for those hoping to obtain a degree from a four-year school. Many students have found alternative methods of payment through student loans, with much of that money coming from the Federal Direct loan program.

Thankfully, there are steps college graduates can take right now towards forgiving their student loan debt. Several jobs offer immediate action regarding student loans and strive to help their employees overcome the mountain of debt piled atop them, including but not limited to:

If you work for “the man”, said man is inclined to help you out.

According to 5 US Code 5379, “The head of a [Federal] agency may, in order to recruit or retain highly qualified personnel, establish a program under which the agency may agree to repay (by direct payments on behalf of the employee) any student loan previously taken out by such employee.”

Basically, a government agency can use student loan payoffs as an incentive or recruitment tool. The United States Office of Personnel Management (OPM) includes a section on their website devoted to their student loan policies, which makes it clear that this practice is not used towards all workers, only those who Federal agencies believe are worth the money, so to speak. However, if you are so inclined, putting your name down for a government job could end up erasing your student debt.

Certain volunteer organizations such as the Peace Corps, a federal volunteer program established by President Kennedy in 1961, offer conditional student loan forgiveness. Peace Corps volunteers generally work for two years, during which they travel overseas and help others understand American ways of life while simultaneously providing assistance with social and economic issues. While the loan forgiveness policy is complex, Peace Corps employees with private loans that stay for the maximum amount of time can walk away with as much as 70% of their debt erased, according to the program’s website.

If you graduate college and become a registered nurse, you may also become eligible for the Nurse Corps Student Loan Repayment Program, which pays back a certain portion of private loans in exchange for nursing services.

In order to qualify, the loans must have been taken out for nursing education exclusively. The program claims that, once qualified, you can receive up to 60% of your loans paid off after two years, or up to 85% after a three-year agreement. While you work to heal others, the NURSE corps will work to heal your bank account.

This program is designed to incentivize working in the public sector. In order to qualify for the PSLF program, you must have made 120 payments on student loans. However, once these payments are made, the PSLF will forgive the remaining balance of your federal student loans (this won’t include any private loans).