When to Guess an Answer on the ACT / SAT 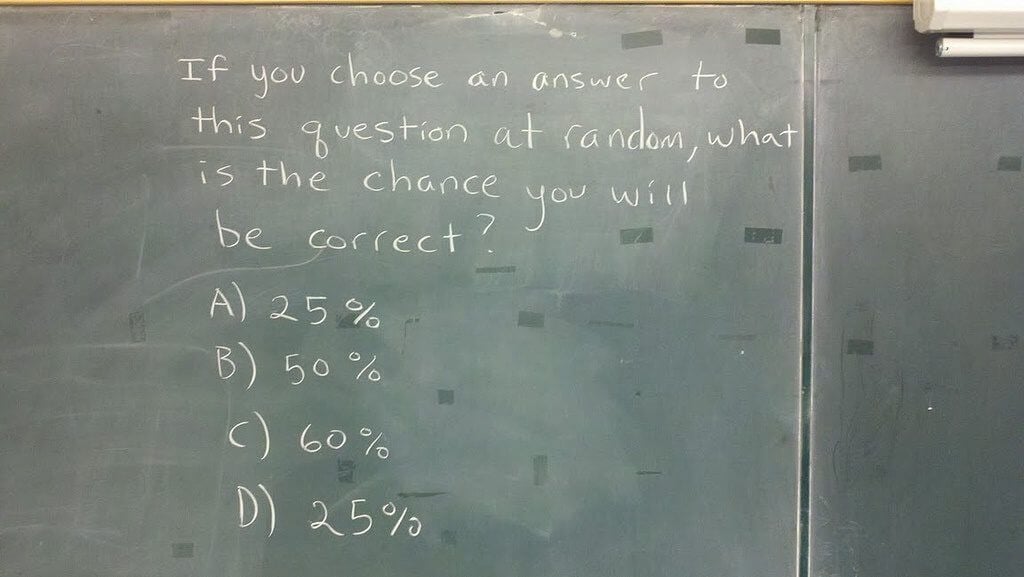 Takers of the ACT may have heard “It’s ok to guess” during their preparation.

When to guess on the ACT

On the ACT there is no penalty for a wrong answer, so students are encouraged to guess if they aren’t certain on the answer. Wrong answers don’t take away points you’ve already earned, they simply don’t give you any points at all—so you might as well chance it and maybe get one right!

What about the SAT?

SAT takers, on the other hand, have been told for years that it’s far better to leave an unknown answer blank rather than guess. On the old version of the SAT, points were taken away for wrong answers, so guessing was discouraged. However, since the SAT was revamped recently, it has a whole new set of rules—including that wrong answers no longer penalize the test taker!

So, regardless of whether you’re taking the ACT or the SAT, if you’re struggling to come up with an answer, take your best educated guess. It’s best if you mark that question, continue the test, and come back to it once you’ve finished—maybe another question sparked your memory, or maybe you just have some additional time to reason through the multiple choice answers.

Of course, just because wrong answers don’t count against you, doesn’t mean you should put all your confidence into guessing. Wrong answers still won’t give you points, after all. Study hard, pay attention, and prepare well. But when you’ve spent all other options, it is ok to guess an answer.