You’ve probably heard an oft-repeated comment on society that says something to this effect: while we know the names of celebrities and socialites, few people can name a scientist or engineer, even though these people are vital to our communities. While it’s true that a career in science isn’t as inherently glamorous as others may be, there are tons of scientists that have, through their success in their field, become household names.

It seems that many of our the most well-known scientists, such as Neil DeGrasse Tyson, Bill Nye, and the late Carl Sagan, have a background in physics. The study of “matter and energy and their interactions,” as Merriam-Webster defines it, seems to lend itself to successful careers, making it very attractive to young scientists. If you’re hoping to follow in the footsteps of these giants, here are a few scholarships you might want to take a look at:

While strides have been made across the board to shatter the glass ceilings that impede the achievement of women in professional settings, the study of physical science still has a major problem with female participation. According to the National Girls Collaborative Project, women made up just 39% of those who graduated with a physics degree in 2013.

To try to assist young women working in a heavily male-dominated field, the American Physical Society partners with tech giant IBM to sponsor an annual scholarship. The award grants a hefty sum to aspiring female scientists and gives them the opportunity to work a paid internship with IBM. The process is open for sophomore and junior students who identify as women and major in a STEM field. Non-physics majors are encouraged to apply as well, but IBM’s heavy emphasis on physical science technology lends itself very well to those in the field.

That’s right, the Department of Defense has a scholarship program! The SMART (Science, Mathematics, and Research for Transformation) program is one of the best opportunities young physics majors have to both work in a professional setting and boost their credentials. Imagine how good the “United States Department of Defense” looks on a resume!

If that wasn’t enough, the financial rewards are plentiful, ranging anywhere from $22,000 to $38,000, as well as health care and tuition, for each year you participate in the program. Let’s get down to the basics: to be eligible for the SMART program, you must be 18, a United States Citizen, and a STEM student with a GPA of at least 3.0. In addition, you must be “willing to accept post-graduate employment with the DoD,” meaning this program could serve as a springboard to a career as a government physicist. Pretty cool, right?

The SPS (Society of Physics Students) has myriad opportunities for its members to explore when it comes to scholarships. While every individual award has a specific amount of money as a reward, most of the prizes hover around $2,000. The awards take into consideration criteria like financial necessities, leadership, and academic prowess. To join the SPS and become eligible for their numerous academic prizes, simply sign up on their website and pay their dues, a manageable $24 a year. The experience and connections are more than worth the money, and you’ll also become qualified for the SPS’s numerous sister organizations. 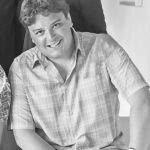