How to Compare and Contrast Award Letters from Different Colleges 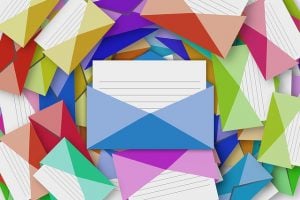 Opening your first college acceptance letter will be, without a doubt, one of the most gratifying and exciting moments of your academic life. While most students have an idea of where they’ll get accepted, it doesn’t feel real until you hold proof in your hand, showing that a university looked over your transcripts, letters, and overall profile and decided you fit their school. You think of Shakespeare’s line from Othello, “[they] had eyes, and chose me.” You’ve been accepted into a program of higher education, and, to top it off, they’re providing you with a generous award letter! Now what?

While some students, specifically those who apply early decision, have decided to go to the first college that sends them an acceptance letter, a majority of students will receive multiple letters. It’s important to know how to read these letters critically, closely, and make an informed decision regarding your future.

The first thing to consider, when holding two award letters from different schools in your hands, is pretty simple: what are you being offered? For example, let’s say that you have two awards, one from an in-state school and another from a private institution. Both schools have offered you a merit aid reward of $9,000. Simply by that metric, they’re on the same level, but knowing that private universities cost far more, you can discern that the state school award will cover a higher percentage of your overall tuition. The best thing to do is sit down, possibly with a calculator (for those of us who aren’t mathematicians) and calculate what percentage of your fees would hypothetically be covered by your awards. Once you have that number, you can move on to considering your priorities.

In both my personal experience and my reading on the subject, I’ve found that a large number students have to balance the scales between finances and their goals. That is to say, most students applying to school will find their “dream school” to be very expensive, and a more affordably priced school to be not exactly ideal for their future goals. It is at this point where you have to decide what’s important to you, and there’s no right answer.

Which one should you pick?

Say your dream school accepted you (hooray!) but didn’t offer you an amount of money that would make the financial burden drastically easier (aww). Now suppose that, in addition to that, a “match” school—not a safety or a reach but a place where you would fit perfectly—accepted you and offered an award that would mean you would not have to take out any loans. The choice isn’t easy, and it’s not supposed to be. This is entirely up to you. I’ve had friends go to their dream schools and come out with towering loans, while others went to match schools and came out debt free. Even though both went different routes, neither have regrets, because they knew their priorities going in. You must decide what is more important to you: a lower cost school or an expensive school that may be more appealing.

The most important aspect of the entire process is comparing the funds each school will give you; not against each other but against your total potential tuition at that school. If you have this information down pat, you’re ready to make a monumental decision that will further you on the road to the rest of your life. Just make sure you read carefully!