History of the ACT 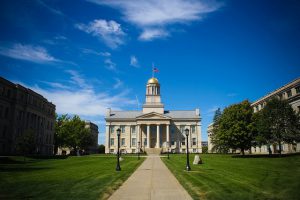 We’ve all heard about the SAT and the ACT. We know that these two tests are often required in order to apply to colleges. It might seem as though they’ve been around for ages—your parents likely had to take one or the other, and possibly some of your grandparents.

If you’re in the Midwest, chances are you’re going to take the ACT. The reason for this regional loyalty is that the ACT was first launched in Iowa. The forerunner of what we call the ACT was designed by University of Iowa’s Professor Lindquist (Go Hawks). Lindquist wanted to develop a test that showcased high school students’ accumulated knowledge; this, he believed, would be a better indicator of a student’s college readiness. Lindquist partnered with Ted McCarrell, who was director of the University of Iowa’s admissions, and together they formed the American College Testing Program. In 1959, they gave the first ACT test to high school students.

The format of the ACT has remained largely the same: Four test sections, each scores on a 1-36 point scale (originally 0-36), and an overall score that averages the four sections together. Each section is given 45 minutes for a total testing time of 3 hours. The original sections were English, Mathematics, Social Studies, and Natural Science. It was the first standardized test to include a science section. Social Studies became Reading and Natural Science became Science Reasoning in 1989. The optional Writing section came about in 2005, so as to be more competitive with the SAT’s required essay portion.

While the most well-known product is the college readiness assessment for high school students, ACT has expanded to include over 20 products and services. This allows assessment and training from Kindergarten through adulthood.

Interested in how your ACT score might affect your acceptance odds? Check out College Raptor’s free match tool!