Procrastination isn’t just a productivity killer it also kills your social life as it means that when there is fun stuff going on that you’d love to take part in, you instead end up sitting in your room trying to do whatever task you were supposed to have done weeks ago.

Don’t look at the task as a whole.

If a task is secretly overwhelming you in the size of it then stop looking at the whole task. Instead, divide it into much shorter manageable texts. For example, don’t start writing your essay, instead start by writing a first draft of your introduction or, if you know one of the arguments you’re going to use, start by writing that down. By focusing on the steps you’ll actually get stuff done instead of being intimidated by the mountain before you.

Short sprints instead of marathons.

Sometimes we don’t start with a task because we don’t want to commit the next five hours to it. That sounds way too intense! So don’t. Instead, use the Pomodoro technique. This is where you set a timer and then focus on the task and only on the task for 25 minutes, without letting yourself get distracted. Sure, you won’t have finished 4 hours of work, but it’s better to have done 25 minutes than put off 4 hours, right?

Get help to avoid procrastination.

If a task is secretly terrifying then stop being so secretive about it. Ask people to help you out by giving you ideas and feedback.

Decide on a time.

Smartphones, internet browsers, and laptops all have tools that will let you block certain websites for a number of hours per day. These will make it less likely that instead of working you’ll end up watching a show on Netflix. For Chrome, a good one is Stay Focused.

Get out there and do it.

Look, let’s be honest about it, you’ve probably read everything I just wrote out before. The truth is, there is no silver bullet to beating procrastination. You just need to get on with it. The more often you beat it, the faster easier it will get. So get off the internet and do what you’re supposed to!

And remember that the best way to fight temptation is to avoid whatever is tempting you entirely. That’s the secret to a successful life. 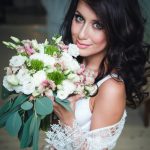