Nothing says Halloween quite like a scary movie. Real college campuses have been used as filming locations for decades, and are featured in some of the most famous (and terrifying) horror films of all time!

So pop some popcorn, grab that Halloween candy, and turn off the lights. Here’s a list of colleges used as sets in horror movies! 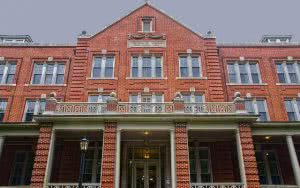 The film used the campuses of both Agnes Scott College and UCLA to represent the fictional Windsor College that Sidney attends. Agnes Scott’s campus is used in a number of establishing shots, serving as the background for Windsor. Agnes Scott Hall and Innam Hall are both used as Sidney’s dorm. A number of lecture buildings and campus fixtures are also seen in Scream 2.

Over at UCLA, the Humanities Building is used as a lecture set. The Delta Lamda Zeta and Omega Beta Zeta houses make an appearance for a few scenes. Additionally, Kerckhoff Hall and coffee shop are utilized.

If you visit (or attend) either campus, keep a lookout for the popular Ghostface mask…and don’t assume it’s just a silly Halloween costume. 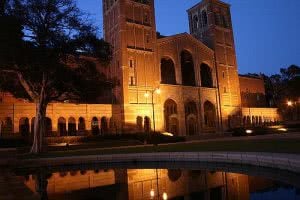 There are few horror villains as iconic as Freddy Krueger. His bladed gloves, striped shirt, hat, and mutilated skin is the stuff of literal nightmares. The third installment of this slasher franchise, once again written by horror master Wes Craven, features Freddy going after the last children of the parents who murdered him—but these kids fight back, and on Freddy’s dream turf no less.

The film’s protagonists are housed at the Westin Hills Psychiatric Hospital, which in reality is UCLA’s Royce Hall. In one of the more unique shots, Freddy looms above Royce’s tower and puppeteers one of the unlucky characters.

One thing’s certain: if you have classes in Royce Hall…don’t fall asleep.

I Know What You Did Last Summer — Duke University 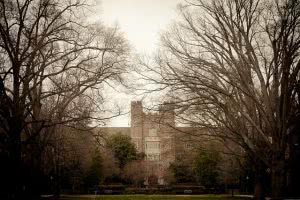 Another slasher featuring scream queen Sarah Michelle Geller, I Know What You Did Last Summer is the story of a hit and run gone horribly, horribly wrong. A group of friends decides to hide the body and never speak of the incident again. Of course, a year later, one character receives a mysterious letter stating “I know what you did last summer” giving the film its iconic title. From there, the terror begins, evoking the urban legend of the Hook Man.

Though the character attends college in Boston, the actual filming location is Duke University in Durham, North Carolina. A number of academic buildings on Duke’s campus can were used in exterior shots in the film.

So if you’ve got any deep dark secrets, you may want to fess up now. 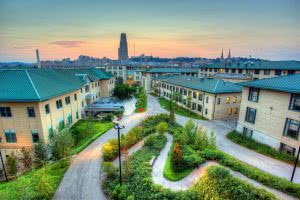 When two horror legends get together, something interesting is bound to happen. Creepshow is more of an dark comedy horror anthology than a typical movie, but features legendary filmmaker George Romero and beloved horror author Stephen King at their strangest.

Carnegie Mellon University has more than just filming locations in relation to Creepshow. George Romero himself is an alum of CMU! Additionally, Barbara Anderson, professor emeritus at the School of Drama, designed costumes in multiple Romero films, and even put green slime makeup on Stephen King!

This film is sure to give you the heebie jeebies, creepy crawlies, and every spine-tingling, bone-chilling, shiver in between.

It Follows — University of Detroit Mercy 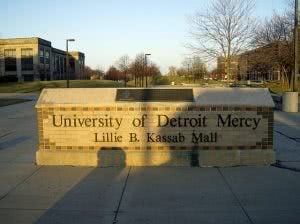 Critically acclaimed as a modern horror film that’s “smart and original” in a time of tired jump scares, It Follows celebrates an impressive 97% on Rotten Tomatoes. The mysterious and deadly force can only been seen by the person it hunts, though the person’s only chance at survival is “passing it on” to another unfortunate victim.

College students are the primary prey of the titular monster, and so the campus of University of Detroit Mercy was used as a filming location. The character Jay has a class in the Engineering Building, where she sees the creature in the form of an old lady.

Stay safe and always look over your shoulder, just in case you’re being followed…

The Ring — University of Southern California 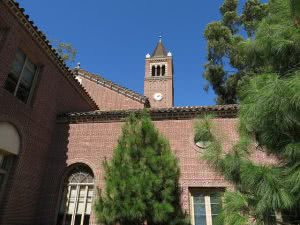 Another famed and dreaded horror villain terrorizes the characters (and viewers) in this American remake of the 1998 Japanese film Ringu. Anyone who watches a cursed videotape dies seven days later, haunted and killed by a vengeful ghost. Even non-horror buffs have likely seen the iconic image of a long black-haired figure crawling out of a grainy TV screen.

The University of Southern California’s Mudd Hall was used as a library when the character Rachel researches a lighthouse seen in the dreaded videotape.

Hey, pro tip: if something’s cursed, just don’t mess with it. At all. Ever. 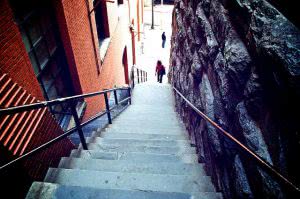 And now we come to the king of all horror films. Often lauded as the scariest film ever made, the Exorcist was so intense that theaters had to hand out barf bags to viewers—some even fainted! The story follows the horrifying and grotesque possession of young Regan as two priests attempt to exorcise the demon from her body.

The Exorcist made such an impact on Georgetown University, that an annual tradition has come about. Every year on Halloween the university shows the film, which ends shortly before midnight, when the students travel to a nearby cemetery and howl at the moon. The area where one of the death scenes was filmed is even known as “the Exorcist stairs.”

Fordham University shares some of the spotlight, too. One scene–when Father Karras listens to some of Regan’s tapes–takes place in the basement of Keating Hall, which is reportedly haunted by ghosts in real life.

Brave enough to attend any of these colleges? Check out College Raptor’s free match tool to see if they’re a good fit for you!

One thought on “Colleges Used as Filming Locations for Horror Movies”