Colleges with the Most Alumni who are CEOs 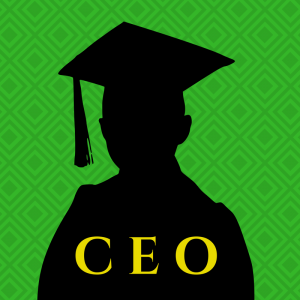 Interested in becoming a CEO? Maybe with a Fortune 500 company? These colleges may give you a good chance of pursuing that dream as they currently have some of the most alumni who are CEOs in the United States. The alumni examples listed below are current as of the writing of this article, but those currently in a CEO position may change in the future.

If you added each Harvard alumni CEO’s company’s revenue, it would surpass 1 trillion dollars! A number of CEO’s in Fortune 500 companies have either earned their undergraduate or master’s in Cambridge, Massachusetts. Some examples include Michael Corbat, who started as CEO for Citigroup in 2012, John B. Hess who is the CEO for Hess (since 1995) and the son of the man who started the Hess Oil and Chemical Company, and the CEO of UGI Corporation: John L. Walsh.

Although many remember that Mark Zuckerburg, the co-founder of Facebook, attended Harvard, he did not graduate from the school.

A number of students who attend Stanford University often find success in technology, being so near Silicon Valley, but CEO’s are spread far and wide as far as industries go. Richard Fairbank has been the CEO of Capital One Financial since 1994, as well as the co-founder of the company in 1988. He is also a chairman. Theodore A. Mathas is the current CEO of New York Life Insurance and has been since 2008 while Miles D. White has been the CEO of Abbott Laboratories since 1988.

More than half the graduates from Cornell University pursue degrees in engineering, labor, and industrial relations. However, like Stanford, their CEOs are in a number of different industries. Lowell C. McAdam, for example, joined Verizon in 2000 and is currently the CEO. Other CEOs who graduated from Cornell include James S. Tisch of Loews Corporation since 1999, Robert M. Dutkowsky of Tech Data since 2006, and Timothy C. Wentworth of Express Scripts Holding.

Pennsylvania State University has over 40,000 undergraduates so it is no surprise that a number go on to top positions in companies. Mark Parker, who ran track and for cross country for Penn State, has been the CEO of Nike since 2006. He rose to this position after joining the company in 1979, 2 years after graduating with a bachelor’s degree in Political Science.

Other CEO’s who attended Pennsylvania State University include Merck & Co. CEO Kenneth C Frazier (since 2011) and Martin S. Craighead of Baker Hughes (since 2012).

These are just a few of the schools throughout the United States that turn out a number of CEOs. Other colleges that are included on the list are the University of Pennsylvania, Texas A&M University, and the United States Military Academy. However, those in the position of CEO is constantly changing. Just because these are currently listed as being a college or university with the most alumni as CEO, doesn’t mean another school will soon be included.